E3 2017: ‘LawBreakers’ is a Hardcore Hero Shooter for the Antihero Crowd 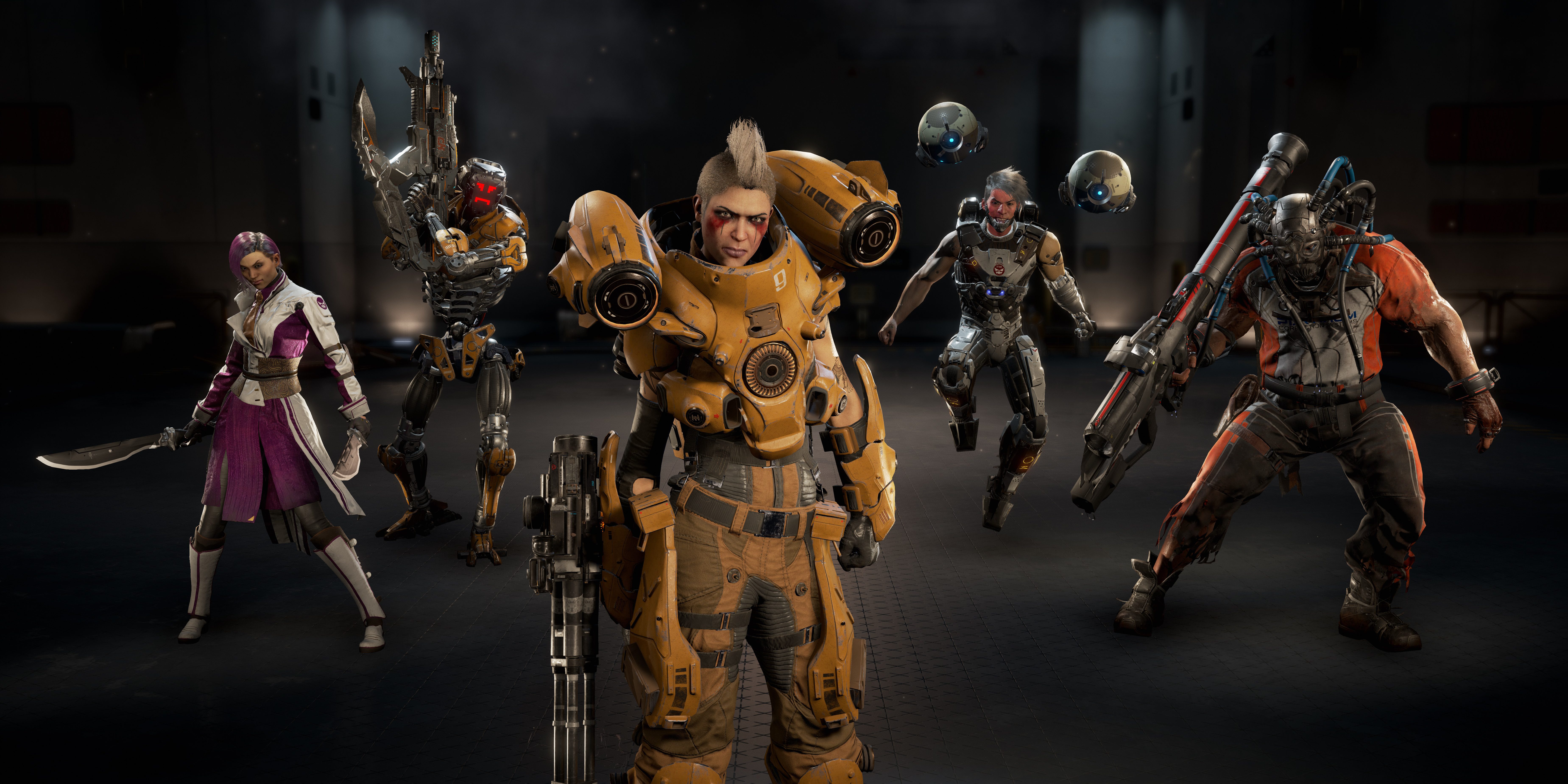 Created by Cliff Bleszinki’s Boss Key Productions studio and published by Nexon, LawBreakers is a twitchy arena shooter aimed at competitive fraggers who think Overwatch is a bit too tame. Challenging, violent, and lightning-fast, the M-rated entry has even been dubbed “the Dark Souls of competitive first-person shooters” by Bleszinski.

Featuring nine classes, or “roles” as the developer calls them, all sporting unique weapons, skills, and abilities, LawBreakers pits players—as the Law or Breakers—against each other in a variety of team-based modes. I recently had the chance to satisfy my itchy trigger finger in Blitzball, a 5v5 match that tasks teams with scoring points by capturing and carrying a glowing sphere to their opponent’s base.

As a law-abiding Juggernaut, I was able to absorb bullets, barrel through baddies, and generally tear things up as my team’s tank. Wielding a heavy damage-dealing shotgun, complete with enemy-eviscerating bayonet, I was able to spill my fair share of blood. As someone who’s not especially skilled at these types of games, I also appreciated the ability to temporarily cower behind a conjured shield or envelope myself in armor that makes Master Chief’s standard-issue digs look like tin foil. These defensive abilities—as well as a temporary sprint-boost—work off cool-down meters, so carefully managing their use is also integral to success.

While the Juggernaut’s skills kept me safe, and his hand-cannon had little trouble reducing up-close threats to hamburger, his lack of a proper ranged attack and lumbering pace had me craving some time behind a quicker, deadlier-from-a-distance character. LawBreakers allows you to switch roles upon death, so I turned my eventual demise into an opportunity to take the Assassin for a spin. Way more badass than your typical stealthy, cloaked killer, the steel-wielding heroine complements her ability to transform targets into fleshy ribbons with an energy-spitting shotgun and impulse grenade.

I frequently relied on the latter to disrupt clusters of competitors, but often found myself shelving the shotty in favor of unleashing the femme fatale’s twin machetes. Of course, my preference was significantly shaped by her slick ability to hurtle toward targets—with an awesome grapple gadget—before opening them from belly button to brain stem. Her “frenzy” skill, which allows you to both reveal hidden enemies and siphon a bit of life from them, is also a favorite.

I didn’t have much luck scoring goals or even securing the orb during my demo, but I enjoyed testing out two of LawBreakers‘ cooler characters on Mammoth, a sci-fi-flavored map striking a nice balance between close-quarters encounters and open-air skirmishes. The futuristic industrial setting also includes plenty of vertical structures, allowing characters with jump-enhancing skills and abilities to really give gravity the finger.

My 15-minute match didn’t showcase much in terms of the game’s fiction or its characters’ supposedly edgy attitudes and colorful personalities, elements I hope will shine through when I spend more time with the final release. Still, I had a thumb-blistering blast during my brief demo and look forward to upholding—and breaking—the law as the other seven characters when LawBreakers lands August 8th on PC and PlayStation 4.