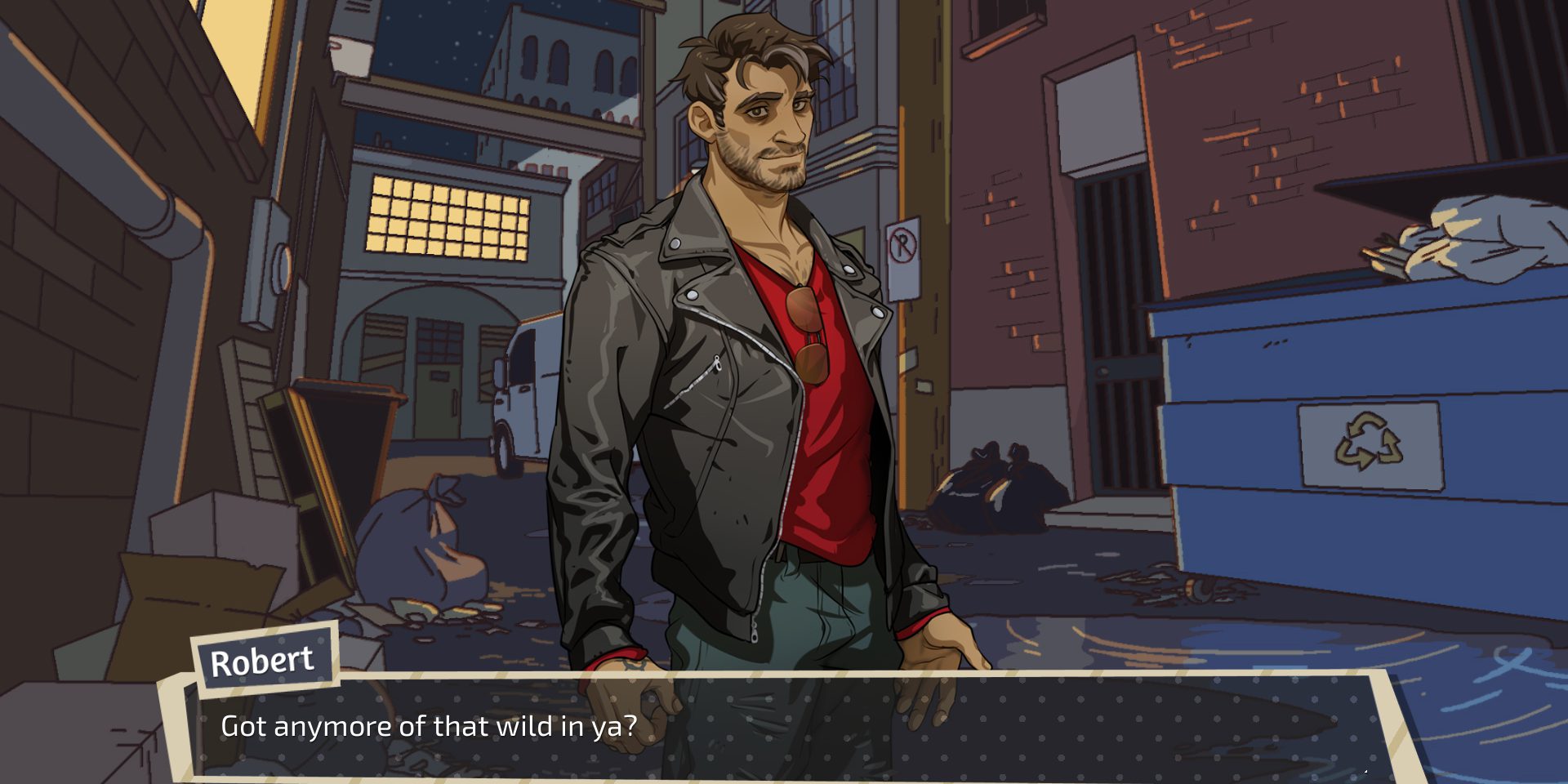 Just when you thought the idea well for new games had dried up, along comes Dream Daddy: A Dad Dating Simulator ($14.99 on Steam), developed and published by indie studio Game Grumps. The twist to this deceptively deep and entertaining dating simulator is that you’re a hot daddy out to woo other hot daddies.

In gay parlance, a “daddy” is typically an older gay man who prefers to date younger men. But in Dream Daddy, all the daddies are actual fathers — each of the seven eligible dads have one or more children who are integral to the story. Your customizable daddy persona also has a daughter, a teenage high-school senior named Amanda, who pushes you to go on dates and socialize with other daddies in the neighborhood. The gameplay is more visual novel (think Phoenix Wright: Ace Attorney) than it is an actual dating sim, with a branching storyline that changes depending on your dialogue choices and who you choose to date.

The setup, and much of the gameplay, is disarmingly wholesome, as many of the “dates” double as playdates for the kids. Anyone going into Dream Daddy expecting a raunchy gay cruising sim will be disappointed. In fact, the script plays coy when it comes to sexual orientation; it’s a world where bromance can turn to romance — and no one cares. Sure, there are some tawdry secrets and drama to be uncovered as you mix and mingle with the other daddies, but sexuality (even a fluid one) doesn’t raise any eyebrows in the seaside town of Maple Bay.

The assortment of seven eligible (and not so eligible) daddies is a diverse one. There’s the brooding bad boy, the former roommate/gym rat, the Victorian goth, and a scholarly high school teacher. You earn ranks on dates by selecting responses and completing cute mini-games –such as mini-golf, skee ball, and fishing — to eventually win over a daddy. A good response will be met with a burst of hearts and eggplants. (And if you don’t know what eggplant emoji double for on social media, then I’m not going to be the one to tell you.)

Successfully complete three dates and you’ll land your Dream Daddy. Not all of Dream Daddy’s multiple endings are happy ones, though. For example, it’s relatively easy to romance Brian, the competitive ginger bear (Google it), but Joseph, the preppy youth minister with an unhappy wine-guzzling wife, is more challenging.

Like most Japanese-style visual novels, Dream Daddy’s graphics and audio are simple but appealing. The good news here is that Dream Daddy can be enjoyed on low-end PCs with nary a hiccup. And the endearing opening song is so catchy you may find yourself humming it even after you’ve stopped playing.

The fun and charm of Dream Daddy is getting to know the daddies and learning not to judge them based on preconceived notions — much like real dating. Dating each one opens up not only their unique storylines, but also reveals more about the whole neighborhood and ancillary characters. It’s an unexpectedly rich experience once you give the goofy dad jokes and suburban banter a chance.