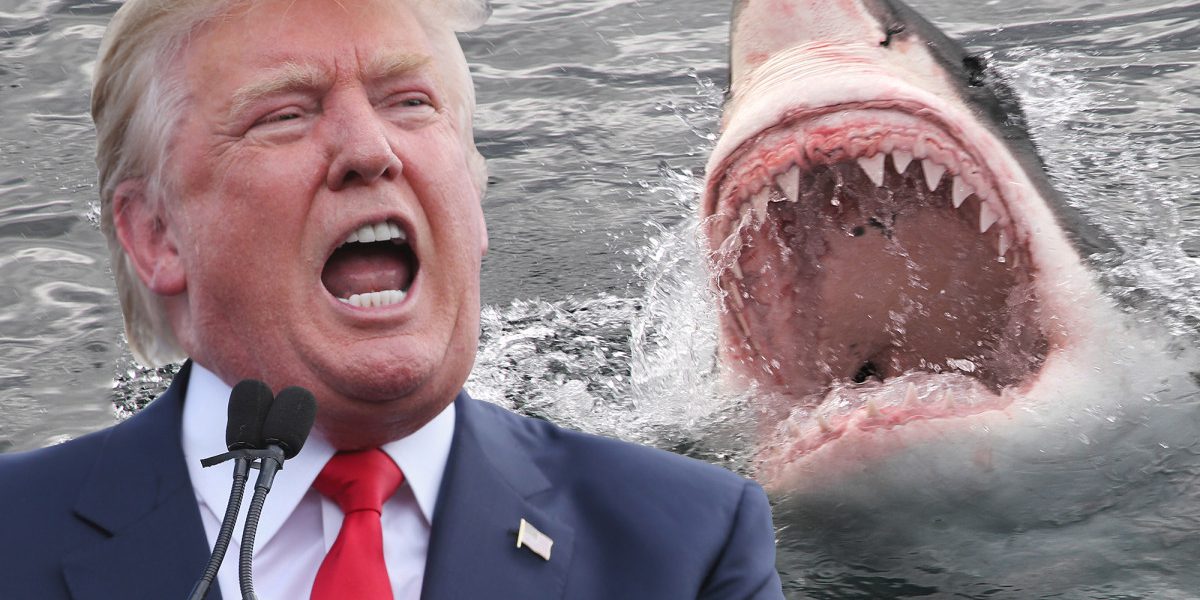 Once upon a time, the idea of Donald Trump as President was merely the stuff of television lore, or at least it almost was. Now, The Donald is the real-life Commander-in-Chief, but in January 2015, before he’d even launched his campaign for the presidency, he’d almost had the role of the president in 2015’s Sharknado 3: Oh Hell No! (an apt title if there ever was one.)

The surprising hit film series that brought SyFy even more of its questionable fame had originally slated Sarah Palin to sign in as President (a prospect too horrifying even for a film about tornadoes filled with sharks), but negotiations fell through. The series’ star, Ian Zierling, brought in the idea of asking Donald Trump to take the role, after his stint on Celebrity Apprentice, the show that made Trump a household media name. The producers loved the idea of Donald Trump playing the President and made the offer. The Donald wasn’t about to pass up the opportunity to play the President, and was reportedly “thrilled to be asked,” according to David Latt, one of the brains behind the Sharknado series. And while the series became the poster child of the “so bad it’s good” school of filmmaking, delays in the production of the third installment led to the Donald’s being forced to drop out entirely for a not-so-surprising reason – he was about to launch his actual Presidential campaign. Trump’s inability to commit to the film meant recasting Mark Cuban in the presidential role, although Trump was apparently pretty ticked off about being booted for someone else.

The Sharknado series has been a surprise pop culture phenomenon, with a lengthy list of celebrity cameos and an ever-expanding cult following. The fifth installment in the series, Sharknado 5 : Global Swarming is coming out on SyFy on August 6.