Diving Deep Into The 2017 Emmy Nominations 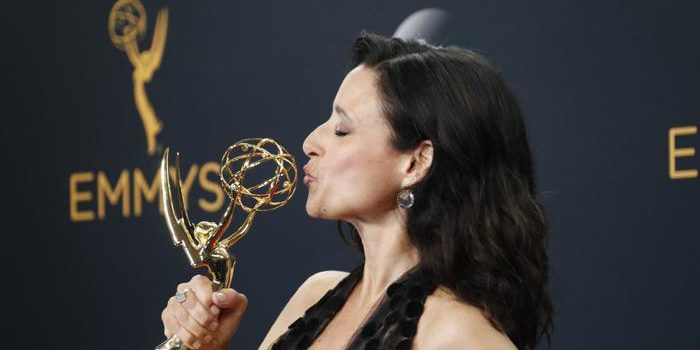 The nominees for the 69th annual Emmy Awards have now been announced. On the one hand, there is something silly about a big, televised award show designed to give out trophies for the subjective act of, well, acting. On the other hand, who cares? It’s a lot of fun and we all have the shows that we love and the actors we want to see pick up wins. I love television as much as anything, and so I certainly have feelings whenever the Emmy nominations come out. Who doesn’t want to second guess the Emmys? As such, I’ve pored over the 2017 Emmy nominations, and here are some of my thoughts. We’re talking nominees I’m happy about, nominees I’m confused and/or annoyed by, and snubs that particularly irk me. Your mileage may vary, but this is my article, so I’m calling the shots here. That is to say, I’m right and you’re wrong, so deal with it!

For starters, you aren’t going to see much insight or opinion with regards to the drama categories. I don’t watch a ton of dramatic television. I can tell you my feelings about Better Call Saul, which got a few nominations. I’m all for it being up for Outstanding Drama Series, and Bob Odenkirk and Jonathan Banks are both quite good in the show (although Banks was a little less prolific this season). I would have liked to see Rhea Seehorn get a nomination as well. However, I don’t really have anything to compare it to, since I didn’t watch most of the other shows. I can’t tell you about Westworld or The Handmaid’s Tale. My knowledge of Stranger Things exist only as far as the pilot goes. That being said, David Harbour, who was nominated for Outstanding Supporting Actor, is quite good in the pilot.

One thing I will note, though, is how many categories ended up with seven nominees. Traditionally, there are only six, unless there is a tie. This year, there must have been a lot of ties. Well, that makes more actors, shows, producers, and networks, happy. OK, now onto the stuff I have a stronger opinion on.

I want to start with the Limited Series, because Feud: Bette and Joan was the best thing I’ve seen this year so far. Had it been up for Drama, it would have been my pick, but it’s in a less competitive category in Limited Series, so its odds are even better. Fargo was good, but not as good as in its first two seasons, and frankly the nomination for Ewan McGregor, and perhaps even Carrie Coon, don’t feel super justified. That being said, these categories are all about Feud for me. In addition to the series nomination, a whopping six actors got nominations as well. In three different categories, two Feud actors are facing off. In Supporting Actress, I’ll go with Judy Davis, who was great as Hedda Hopper. Frankly, the nomination of Stanley Tucci is a bit puzzling, because he wasn’t a huge part of the show. He was good, and certainly hammy and showy, so perhaps that’s why he got a nomination. That being said, Alfred Molina was ostensibly the third most prominent actor in the show, so I’d be happy to see him win.

However, the real battle, fittingly, will be between Jessica Lange and Susan Sarandon. The two played the titular Joan Crawford and Bette Davis, the feuding actresses whose relationship fueled the show. Both of them were so amazing. Both of them deserve to win. It may come down to the episode they decide to submit, in terms of who actually wins. Based on watching the entire series, though, I think I have to lean toward Lange. As the show went on, Feud‘s interests seemed to turn to Crawford a bit more than Davis, which gave Lange a little more to do. In a competition this close, that can make the difference. All I know is that if Lange or Sarandon don’t win, it will be an injustice. Which is concerning, considering both Nicole Kidman and Reese Witherspoon are nominated in the same category for Big Little Lies. I may be disappointed on Emmy night.

As for comedy, let’s start with Outstanding Comedy Series. Modern Family got another nomination, even though I have literally never heard a joke in the fleeting moments I’ve watched the show. Does that show have actual jokes in it? Both Silicon Valley and reigning champ Veep had good season, but not great seasons. Master of None was good, while Atlanta didn’t click for me. My heart is with Unbreakable Kimmy Schmidt, which was great, and hilarious.

Speaking of, I was so happy to see Ellie Kemper get nominated for Kimmy Schmidt. It’s my favorite performance on TV, and she should have an Emmy already. That is, if not for the presence of Julia Louis-Dreyfus. She’s the queen of the Emmys, and her role of Selina Meyer on Veep has become iconic. Once again, she was great, but Louis-Dreyfus has won a million Emmys by now. Just for sentimental reasons, I hope Kemper wins. She’s deserving, and she’s never won before. Besides, by now JLD is probably out of room for storing Emmys.

There may not be a point in discussing Outstanding Lead Actor, because Jeffrey Tambor is going to win. His role on Transparent is “important,” and the Emmys seem to like to reward that. Plus, you know, he’s a great actor. It’s not a strong year in this category, especially since Andy Daly’s Review only aired three episodes. Aziz Ansari was fine in Master of None.

The Supporting Actor category is stronger. Louie Anderson won last year, and this year Baskets was arguably more about Christine than either of Zach Galifianakis’ characters (he got a nomination as well, by the way). Anderson could definitely win again. Tony Hale is always fantastic on Veep, although would it kill them to give Timothy Simons a nomination? Tituss Burgess was great on Kimmy Schmidt, of course. Alec Baldwin got a nomination for Saturday Night Live, which is weird, because he’s not even a cast member. Voters must have loved his Trump impression. On the other hand, his nomination for hosting Match Game is nice, since Match Game is the best game show (though Baldwin is no Gene Rayburn).

Evidently it was a big year for Saturday Night Live. Three different women, Vanessa Bayer, Leslie Jones, and Kate McKinnon, are nominated in Supporting Actress. Two Transparent actresses, Kathryn Hahn and Judith Light, also got nominations. Anna Chlumsky from Veep is the odd woman out. This was not a memorable year for Chlumsky, so it may not be the time for her to win. Carol Kane, from Kimmy Schmidt, would have been a cool nomination, and the ladies of Brooklyn Nine-Nine, Melissa Fumero, Stephanie Beatriz, and Chelsea Peretti, are all delights.

A couple more small notes. Documentary Now! will hopefully win Variety Sketch Series since Comedy Bang! Bang! didn’t get a nomination. Also, apparently something called Tracy Ullman’s Shows exists. Even if The Simpsons is mediocre now, I’m always happy to see it get a nomination, and I was also happy that Teen Titans GO! got a nomination as well. I wish Alton Brown had gotten a nod for Outstanding Reality Host for Cutthroat Kitchen. I have feelings on writing categories, but that’s probably too in the weeds for casual TV fans.

Overall, it’s a pretty good year for nominations. Some of them are questionable, usually when they are legacy nominees like Modern Family or House of Cards. However, a lot of good stuff is nominated, so there are plenty of people and shows to root for. We will find out who wins September 17 when Stephen Colbert hosts the Emmys Awards. By the way, Colbert’s Late Show got a nomination while Jimmy Fallon’s Tonight Show did not. In this modern television, and political, landscape, that feels right.