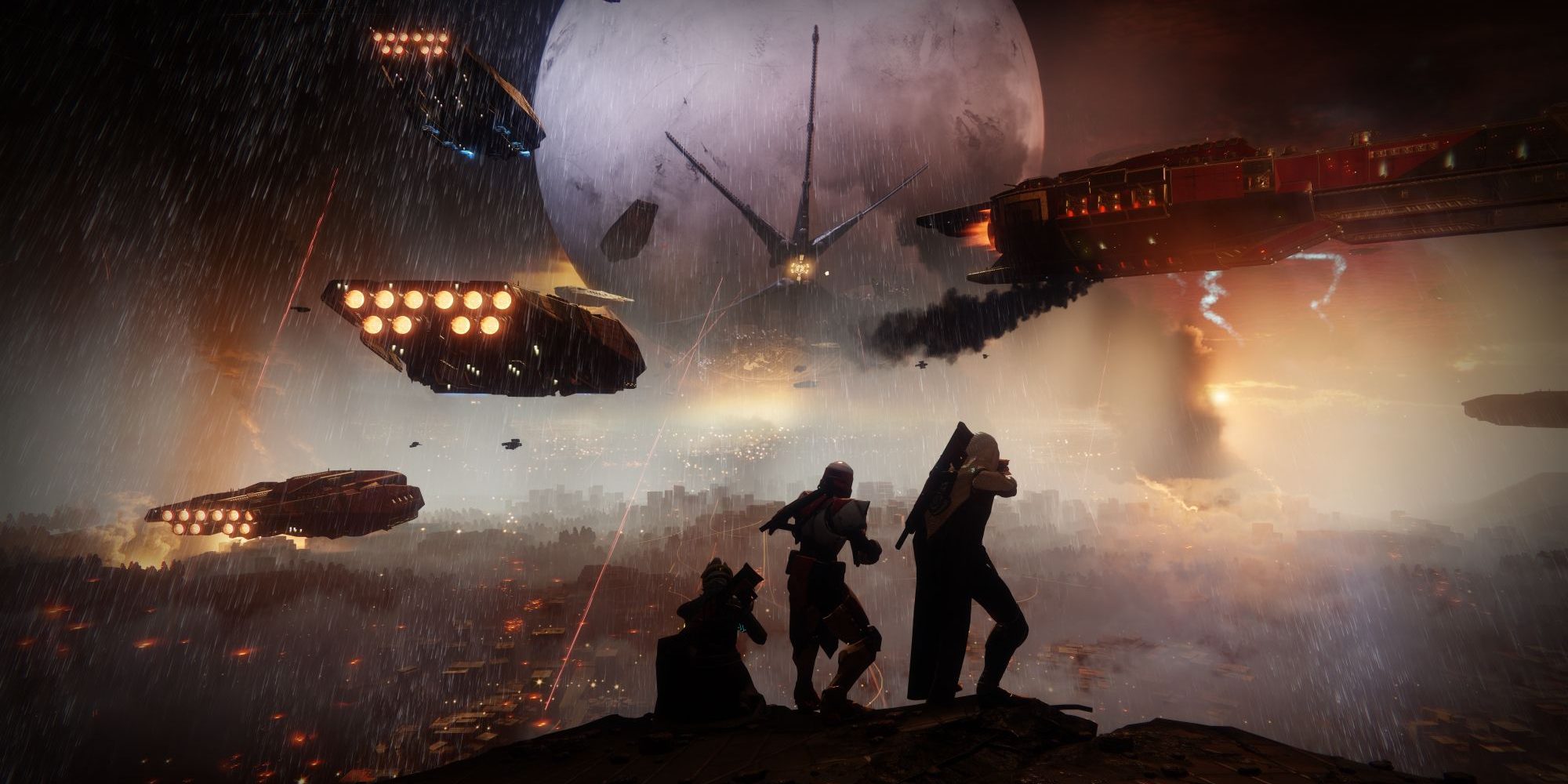 From the makers of the acclaimed hit game Destiny, comes the anticipated first-person shooter sequel, Destiny 2. Experience a brand new cinematic story campaign, innovative cooperative gameplay, and competitive multiplayer as you journey across the solar system to discover weapons and new combat abilities.

In the first trailer for Destiny 2, returning characters Zavala and Cayde talk about the lost of Earth’s Last City. The first trailer doesn’t show any gameplay, but it shows us what Destiny 2 will be about.

“Humanity’s last safe city has fallen to an overwhelming invasion force led by Ghaul, the imposing commander of the brutal Red Legion,” said Bungie. “He has stripped the city’s Guardians of their power, and forced the survivors to flee.”

“You will venture to mysterious, unexplored worlds of our solar system to discover an arsenal of weapons and devastating new combat abilities. To defeat the Red Legion and confront Ghaul, you must reunite humanity’s scattered heroes, stand together, and fight back to reclaim our home.”

Earlier this year, Bungie showcased Destiny 2 during a gameplay reveal event. Bungie revealed details on a story mission called Homecoming. You can check out the video here:

During the Homecoming trailer we got to check out both Crucible and Strikes in Destiny 2. The video also shows off weapons including sniper rifles, as well as grenade launchers. Another weapon, the chain gun, was also revealed during the livestream event.

Destiny 2 launches on September 6 for Xbox One and PlayStation 4, before coming to PC in October. You can buy Destiny 2 for $59.99 at Amazon, Best Buy, and GameStop.