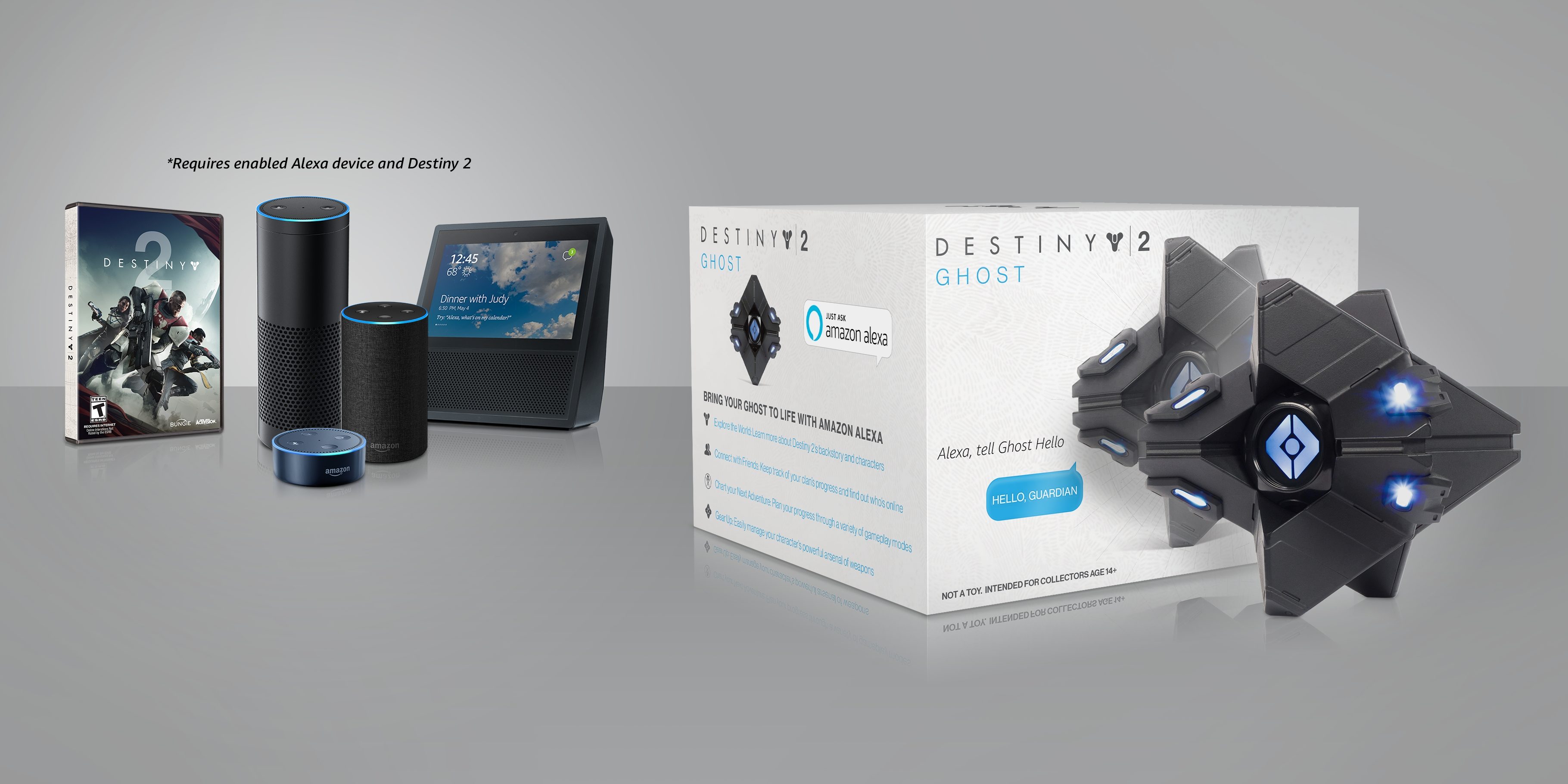 In what Activision and Bungie are calling a “first of its kind for the games industry,” you’ll now be able to interact with Destiny 2 using Alexa, Amazon’s digital personal assistant, through Alexa-enabled devices. The companies announced the Destiny 2 Ghost Skill for Alexa today, which is available now for Alexa customers to enable through the Alexa app for free.

The Destiny 2 Ghost Skill, voiced by Destiny 2‘s in-game Ghost actor Nolan North, allows you to interact with the game by calling out commands to your Alexa device. For example, you can say “Alexa, ask Ghost to…[fill in the blank with a number of pre-set commands]” or ask “What should I do next?” to get recommendations on where to go next. You can even ask for details about the lore and characters of Destiny 2 by asking questions such as “Tell me who are the Red Legion?”

”The Ghost serves as your guide and companion in Destiny 2 the game, and now players will be able to bring that experience into the real world with them through Alexa,” said Eric Hirshberg, CEO of Activision. “The Destiny 2 Ghost skill is the first of its kind and the most innovative and immersive gaming experience to date on Alexa. We’re excited to give our community of players, who are among the most-dedicated fans in the world, new ways to play Destiny 2 with the Ghost skill and Limited-Edition Destiny 2 Ghost. The lines between in-game and out-of-game have been blurred in an incredible new way.”

If you’re thinking “Hey, my Amazon Echo doesn’t look like Ghost!” then you’re in luck. Activision also announced the Limited-Edition Destiny 2 Ghost, a WiFi-enabled speaker in the shape of Ghost that you can pair with your Alexa-enabled device. It’s currently available for pre-order for $89.99 and will be available on December 19, 2017.

Most Destiny 2 players are probably more interested in Bungie fixing the game’s end-game content, but the Ghost Skill is a cool addition for folks who own an Alexa-enabled device.