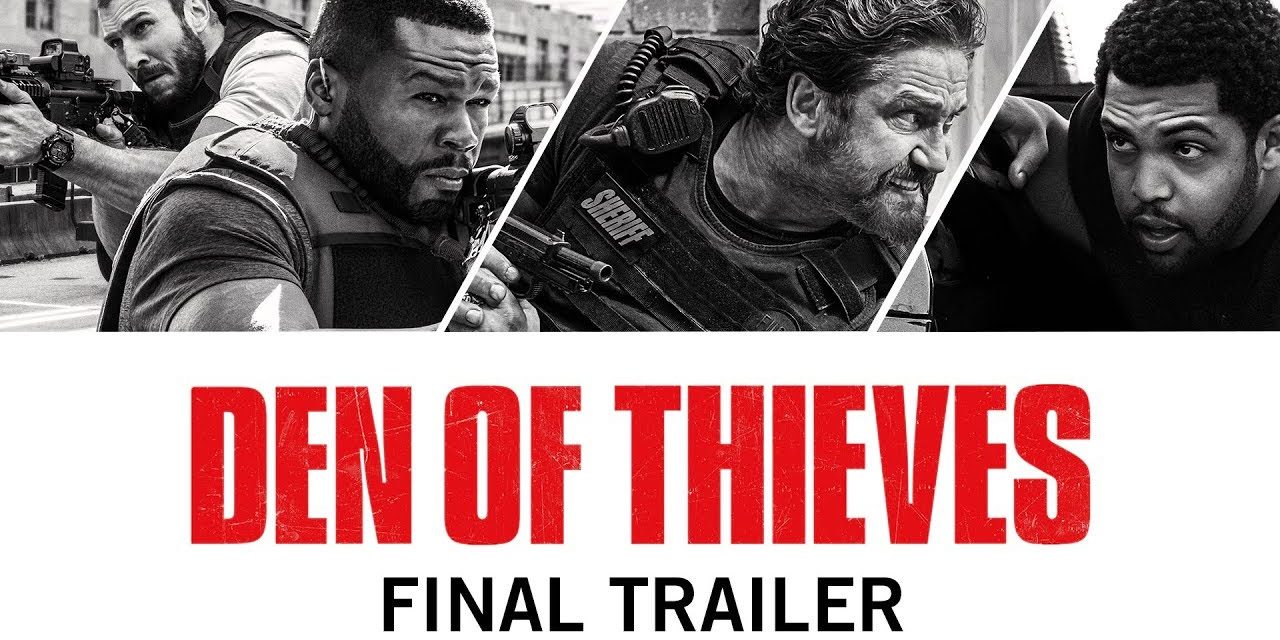 Directed by Christian Gudegast, the film follows a group of bank robbers who are planning an impossible heist on the Federal Reserve Bank located in downtown Los Angeles.

Gerard Butler stars as Nick Flanagan, the leader of an elite unit of the L.A. County Sheriff’s Department. Butler and a team of officers go after the group of sucessful bank robbers.

Nick Flanagan says in the final trailer, “Do we look like the types who arrest you? We just shoot you.”

The synopsis of the film reads: “A Los Angeles crime saga in the vein of Heat, Den of Thieves follows the intersecting and often personally connected lives of an elite unit of the LA County Sheriff’s Dept and the state’s most successful bank robbery crew as the outlaws plan a seemingly impossible heist on the Federal Reserve Bank of downtown Los Angeles.”