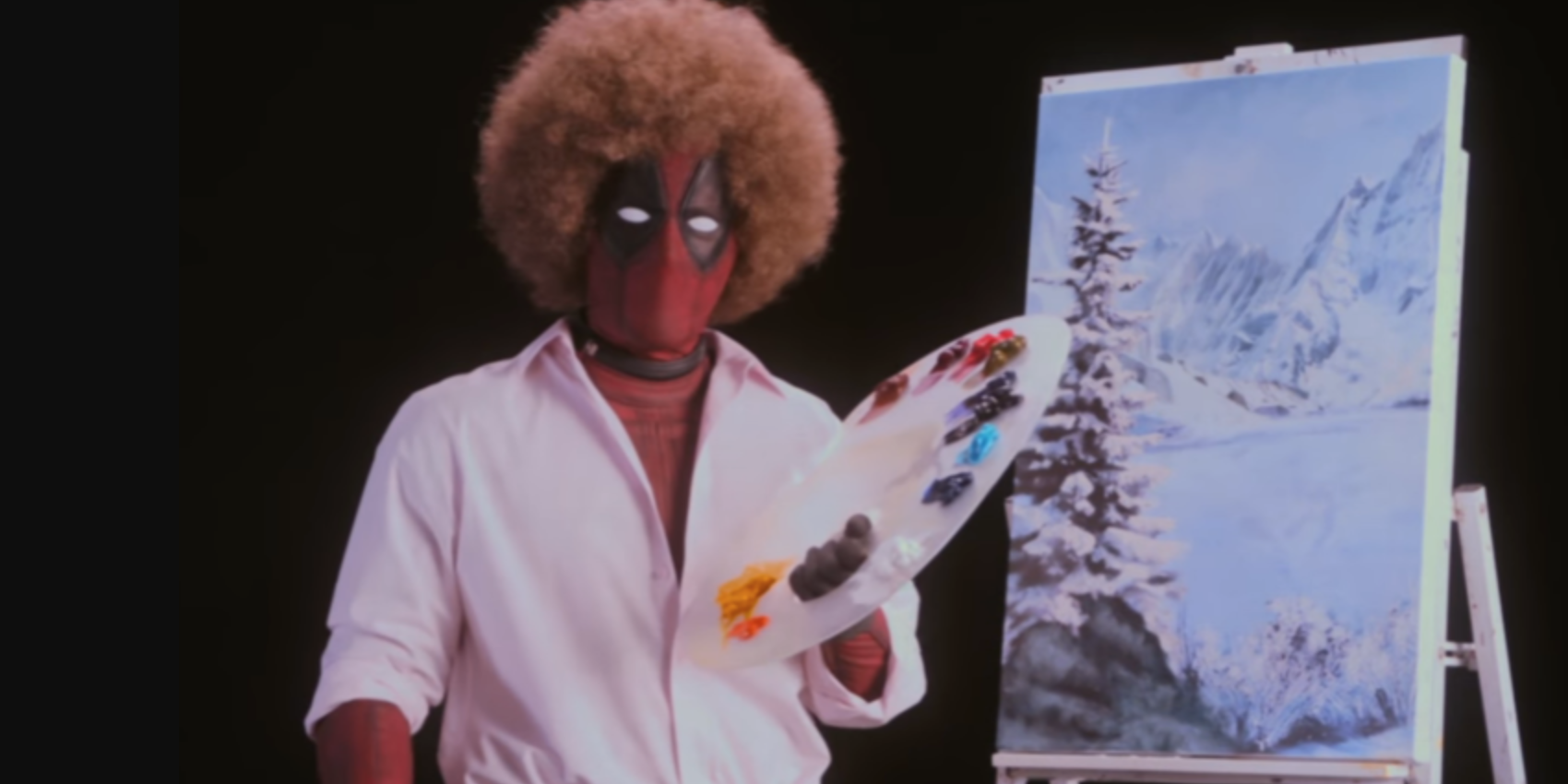 Ryan Reynolds has released a new trailer for Deadpool 2, which he impersonates famous painter and TV host Bob Ross.

In the hilarious new trailer, Deadpool is painting trees, and says, “Holy f**k knuckles, I am high as a kite right now. What you don’t want to do, is eat these paints. Trust me on this.” We also get to see other characters from the movie, including Josh Brolin, Zazie Beets, Morena Baccarin, T.J. Miller, Stefan Kapicic, Brianna Hildebrand, Leslie Uggams, and Karan Soni.

Watch the new teaser “Wet on Wet” for Deadpool 2 below:

Deadpool 2’s synopsis reads as: “After surviving a near fatal bovine attack, a disfigured cafeteria chef (Wade Wilson) struggles to fulfill his dream of becoming Mayberry’s hottest bartender while also learning to cope with his lost sense of taste. Searching to regain his spice for life, as well as a flux capacitor, Wade must battle ninjas, the yakuza, and a pack of sexually aggressive canines, as he journeys around the world to discover the importance of family, friendship, and flavor – finding a new taste for adventure and earning the coveted coffee mug title of World’s Best Lover.”

Deadpool director Tim Miller left the sequel over “a series of creative differences with Ryan Reynolds”, according to Deadline. “He hadn’t formally signed a deal to continue, but he was developing the script and by all accounts had planned to return behind the camera for a film Fox will release in 2018,” Deadline reported.

John Wick co-director David Leitch is directing Deadpool 2, while Fox is getting ready for Deadpool 3. Deadpool, which was released in 2015, was a huge hit earning $783.1 million worldwide.