‘A Dark Knight’ Is Coming To FOX’s ‘Gotham’ 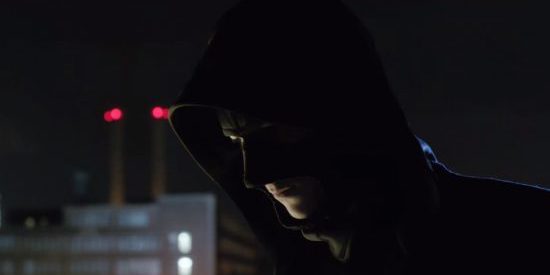 The FOX TV show Gotham is something of a Batman prequel. That is to say, it takes place in Gotham City at a time when Bruce Wayne is still a teenager, and not the Caped Crusader we are all familiar with. The main hero of Gotham, instead, is Jim Gordon, not yet commissioner, who is played by Ben McKenzie, erstwhile of The O.C. Gotham has still managed to build a fan base thanks to embracing insanity and telling a completely bonkers story that happens to involve younger versions of a lot of characters we are familiar with. However, a brief promo for the fourth season of Gotham has been released, and it seems that we are getting closer to seeing a Gotham City that has a Batman in it.

Fittingly enough, the fourth season of the show is subtitled A Dark Knight, so they aren’t being subtle about what’s happening. Sure enough, we see the young Bruce Wayne (David Mazouz) stalking rooftops wearing all-black, including a balaclava. He’s not “Batman” per se, but certainly a proto-version of everybody’s favorite bat-themed vigilante. We do see glimpses of some other characters, Scarecrow sticks out particularly, but it seems like Gotham is finally going to be about the city’s most-famous character. The show returns to FOX for its fourth season on September 21.