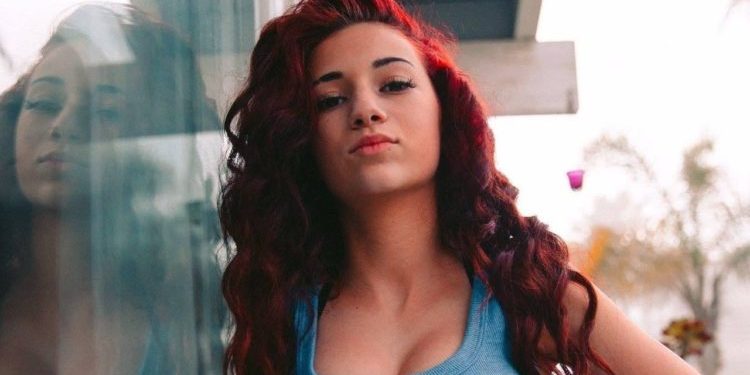 Some of you may know her as Danielle Bregoli, some may know her as the cash me outside girl from Dr. Phil. She’s quite the interesting girl though; let’s take a look at some other facts that you might not have known about her.

1) Danielle and her dad have a strained relationship

Ira Peskowitz, Daniells’s dad is a County Sheriff in Palm Beach. He and Barbara (Danielle’s mom) never had a great relationship. For years, they’ve been involved in court battles. Both sides claim there was violence inflicted from the other person. They aren’t together anymore for good reason.

Ira has made it publicly clear that he opposes his daughter’s reckless behaviour. He calls her behaviour ”appalling.” Ira claims he didn’t abandon his daughter. Danielle, on the other hand, feels a way about her estranged father, even releasing a video saying she doesn’t respect or like him.

2) Cared for her Sick mother

Through the tough exterior that Danielle presents, deep down is a sweet girl that took care of her mother when she had cancer. Holding her hair back when she vomited and rubbing aloe on her chest to help with the pain. This is very commendable.

This girl is really bringing in that money. With a successful rap career under her belt and multiple ventures that she’s tied to, in 2019 she was estimated to have a net worth of 4 million dollars. She might not have had the most pleasing start to her fame, but she’s transformed so much bad energy into a stable career.

During her initial fame, she decided to milk it by creating merchandise. She collaborated with PizzaSlime and designed shirts, hoodies, photo plates and even puzzles. This was a very smart move on her part but sadly the logo she was using was a copy cat of the ”Champion” logo. She designed hers to say ”Cashmeousside”, The mega-brand told her to stop using it on her merch.

5) She charges what for public appearances?

Like her or not people find her interesting, and they want to see her. At her young age, she charges $30k for a public appearance in the USA and whooping $40k for international appearances. There are months when she’s raking in more than $150,000!

Danielle was obviously approached by multiple production companies trying to cash in on her 15 minutes. She declined a scripted series but agreed to a reality show filming in Hollywood that will feature her and her mom. This show might be mayhem but so very entertaining. First comes reality show, then come Oscars!

7) She’s making it big in the music industry

Under the alias Bhad Bhabie, Danielle is proving to be a force in the music industry. Shortly after her Dr. Phil appearance, record labels were contacting her. They saw the opportunity to turn her into a pop star. She met with Mark Baton and Che Pope, two heavy hitters in the music industry that have worked with Beyoncé and Kanye West. Her first single “These Heaux” was certified gold. She also became the youngest female rapper to appear on the billboards 100 charts.

The Batman: Intriguing Comments Hint at ‘Original’ Take on the Dark Knight
April 22, 2020