Who says journalism doesn’t pay well? Very few journalists have the power, wealth and expertise of Daniela Cambone, but rest assured that Cambone isn’t just any journalist. She’s taken a very unusual path to wealth and stardom, specializing in finance and gold investment while integrating her status as an expert into a career in journalism.

The start of her journalism career certainly was conventional enough, and it began in Canada. Cambone began her university studies at Marianopolis College in Quebec, then transferred to Concordia University in Montreal, where she earned her bachelor’s in broadcast journalism.

So far, so ordinary, but that’s where things start to get interesting. Cambone went international for her post-graduate work, earning a Master’s in Communications from the University of Rome.

She returned to Canada and worked for The Insurance and Investment Journal, cutting her teeth as a journalist in the finance sector. After about five years of doing that, she returned to Italy and worked at PressTV, where she reported on current affairs and covered George W. Bush’s farewell tour as president.

She also became a senior communications specialist for the Italian Ministry of Education, and her geographical shuttling back and forth paid off when she became a liaison between the Italian and Canadian governments.

The TV world came calling again when she returned to Canada, where Cambone became a senior reporter for KITCO News. She became an editor, anchor and producer in 2010, then rose once again to become Kitco’s Editor-in-Chief.

But Cambone is far more than just an interviewer-turns out she’s something of a subject herself. She’s a go-to source for those looking to discuss and learn about finance and gold investment, and she also provides high-level expertise at Stansberry Research, so Cambone has definitely worked hard to diversify her brand.

Given the friends in high places she’s made over the years, it seems safe to say that her financial future is assured. She keeps a low profile about that part of her life, although it’s estimated Cambone has a net worth of $500,000. She plays her cards close to the vest about whatever wealth she’s accumulated, and takes the same approach to her private life as well.

Now that she goes by the last name of Cambone-Taub, it seems safe to assume she’s married, but little is known about her husband. She does occasionally share photos of her twin babies on Twitter, however, so motherhood obviously agrees with her and causes her to break from her strict approach to privacy. 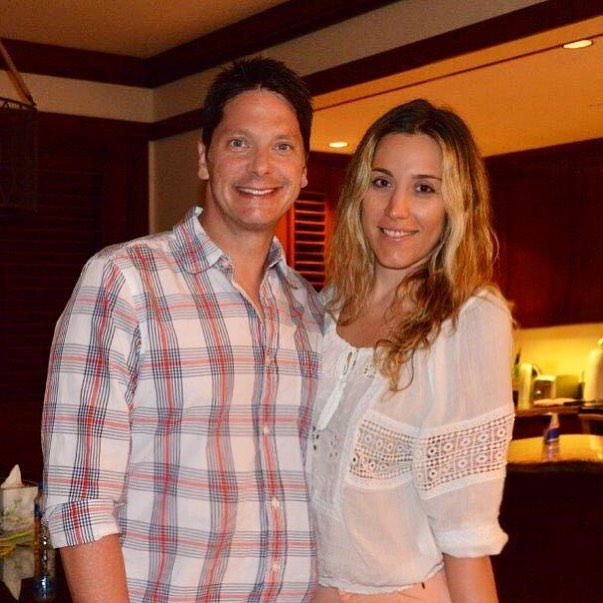 At this point in her life, Cambone-Taub can clearly have nearly anything she wants when it comes to the career part of her life. She writes regularly and appears as a talking head in the financial sector, and her tendency to turn heads has helped contribute to her ongoing appeal, too, of course. Her calling cards are brains, style, substance and expertise, and Cambone-Taub has combined them in unique ways to carve out a very impressive career.