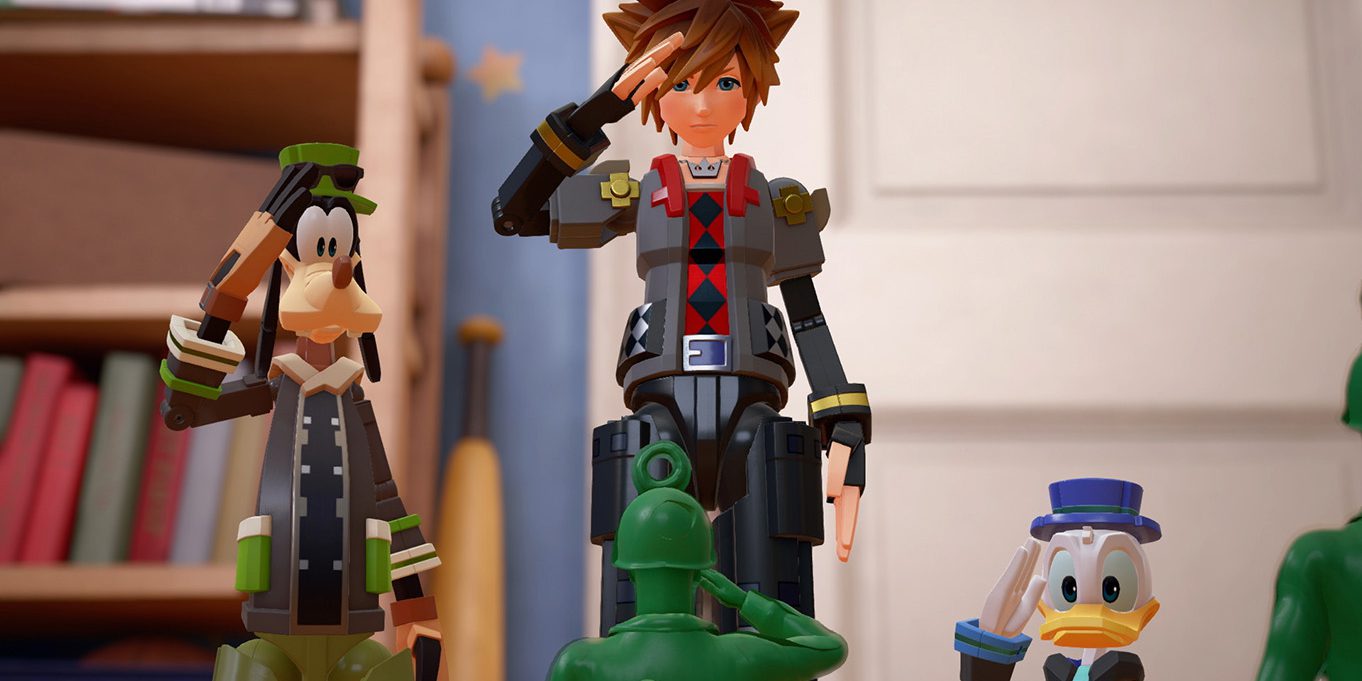 At this weekend’s D23 Expo, Kingdom Hearts fans raised their collective Keyblades to celebrate long-awaited new details on the series’ third official installment. The franchise’s famed director Tetsuya Nomura appeared at the expo’s videogame-focused Level Up! panel to reveal a brand new world based on Toy Story. Representing the first Pixar property to be featured in the Square Enix/Disney series, the Buzz- and Woody-starring content will include an all-new story developed specifically for Kingdom Hearts III.

The director also treated fans to the following footage, which includes a whopping five-plus minutes of gameplay, scenes from Andy’s Room, and a whole lot more from the next main entry in the Final Fantasy-meets-Disney mash-up.

Perhaps even more exciting than the new world reveal–at least for longtime fans who’ve been patiently waiting for Sora’s return–was the game’s announced release window of “2018.” While we would have loved a slightly more specific timeline, we’ll take what we can get; the series has seen countless spin-offs, remakes, side stories, and sorta sequels released since the original game captured fans’ hearts back in 2002, but it’s been over 11 years (when Kingdom Hearts II was launched on PS2) since we’ve walked in Sora’s big blue sneaks.