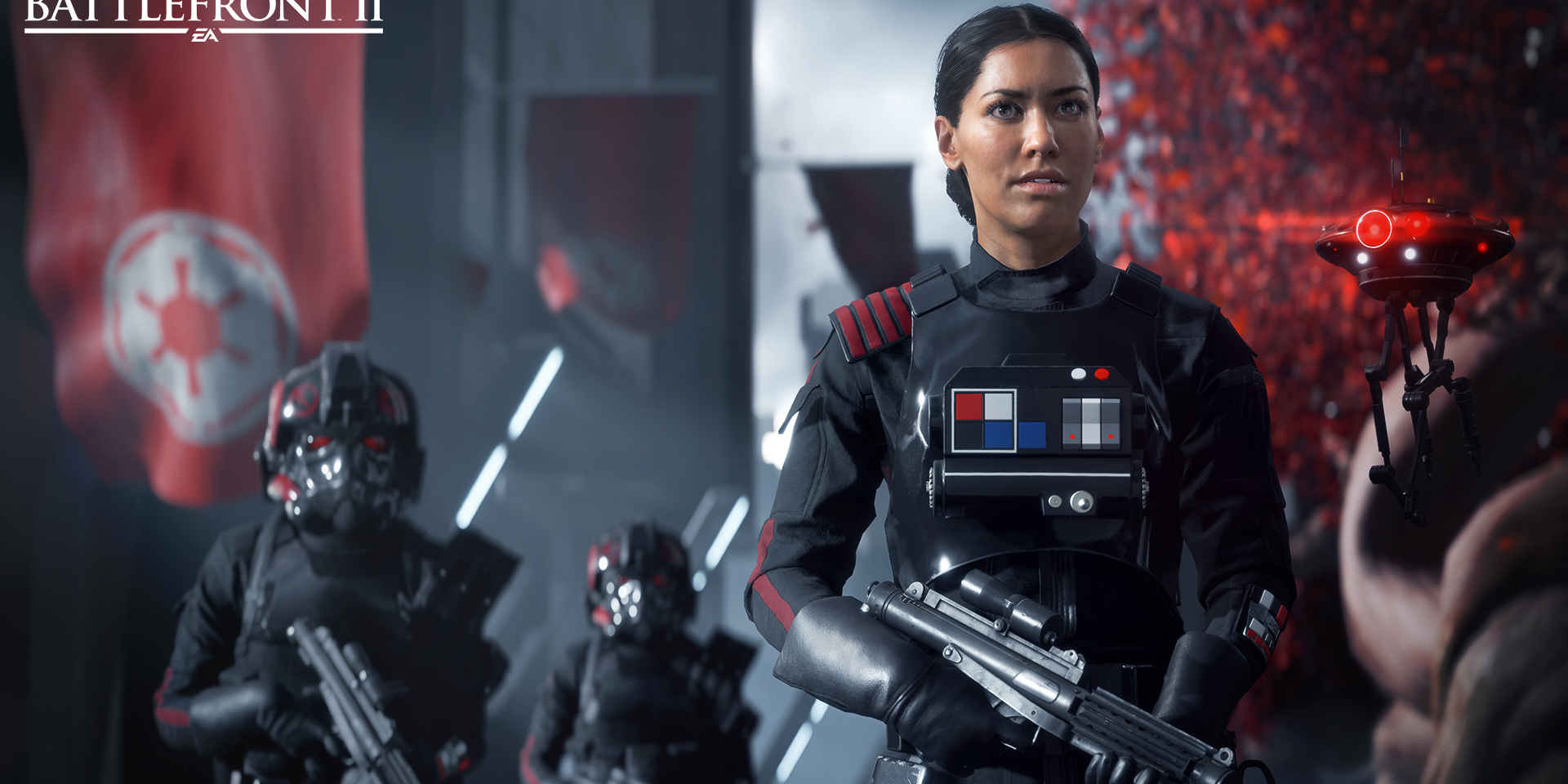 If you’ve been following the buzz surrounding EA’s Star Wars Battlefront II, you’re probably aware the game will include a single-player, story-driven campaign that will be considered official canon. You may have also heard this fresh, interactive tale will be told from the perspective of Iden Versio, kick-ass commander of the Empire’s special ops Inferno Squad. To shed a bit more light on the game’s story, and how its positioning Iden as a hero–despite her Imperial allegiance–fans were treated to the following Behind the Story video at D23’s videogame panel.

On top of this closer look at Battlefront II, the panel also included a peek at a brand new game dubbed Star Wars: Jedi Challenges. Described as an “augmented reality experience”, Jedi Challenges is not a traditional console or PC videogame, but a new product developed by Disney and Lenovo. Based on the following teaser, it appears players will don a standalone VR-like headset to be immersed in the experience. No word yet on whether or not the lightsaber shown in the video is an actual peripheral that complements the experience or a cool prop. In an official press release, the promising title’s described as “a new augmented reality product designed to give fans an opportunity to recapture some of their favorite moments from Star Wars films in ways never before possible.”

No word yet on Jedi Challenges release date, but fans can get their hands-on Battlefront II when it lands on PlayStation 4, Xbox One, and PC on November 17th.