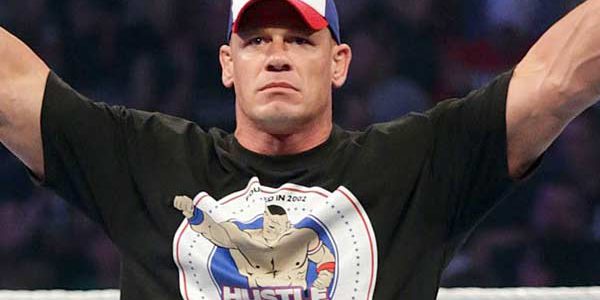 Even if you don’t watch wrestling, you probably are aware of John Cena. That’s because he’s famous outside the WWE, appearing in movies like Trainwreck and hosting shows like Saturday Night Live and the ESPYs. The man has been wrestling for 15 years, and for most of that time he’s been one of the biggest names in the WWE, even though a lot of wrestling fans are tired of his schtick and like to boo him, even though he’s a face. Still, Cena is popular, and notable, enough that it makes total sense that he’s getting his own special collector’s edition of the upcoming WWE 2K18.

It’s called the Cena (Nuff) Edition, which is a bad enough pun that it may make you want to avoid buying it on principle. If you pick up one of the 30,000 copies available for PlayStation 4 and Xbox One, you will receive a copy of WWE 2K18 Deluxe Edition, which gives you access to playable characters like Rob Van Dam, and a couple variants on Cena and Kurt Angle.

But wait, there’s more. In addition to a unique cover sleeve, you will receive a Cena action figure, and a piece of the ring mat from the Royal Rumble where Cena won his 16th WWE championship. Oh, and a signed photo of Cena as well.

It’ll cost you a pretty penny, but if you are a Cena fan, you may want to pick up WWE2K18 Cena (Nuff) Edition, bad pun and all.