Check Out Starfire In Action In ‘Injustice 2’ 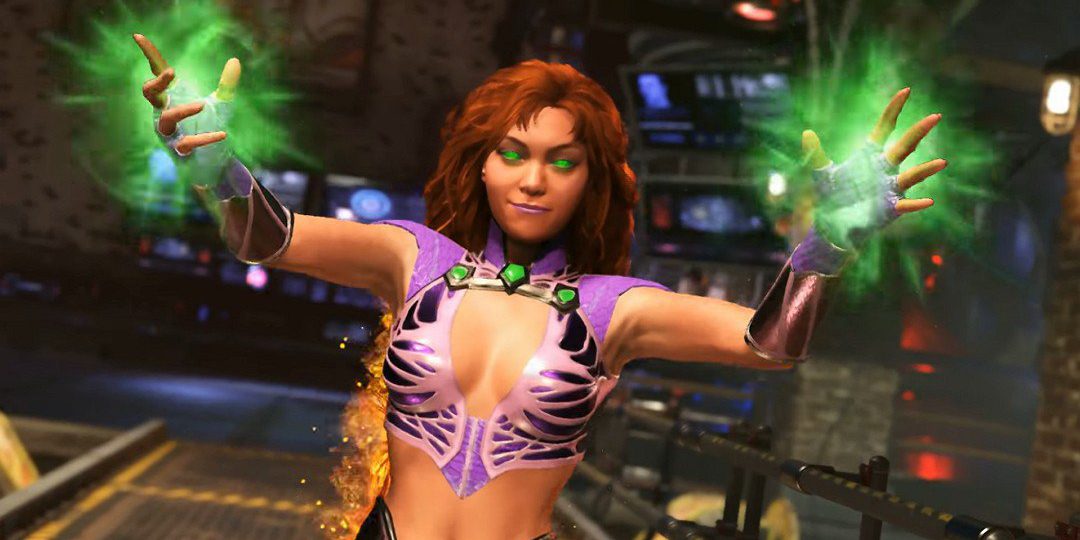 Injustice 2 came out in May, giving gamers another chance to have DC superheroes, and supervillains, fight each other (and also Sub-Zero is there). The game began with a base roster of 28 characters, some of them more on the obscure side considering this is the second game in the Injustice series, but 10 additional characters were announced as eventually being available as downloadable content. One of those downloadable fighters has been unveiled in an introductory YouTube gameplay trailer, and it’s Starfire.

Yes, Starfire is here with her glowing green eyes and deadly energy beams. The next queen of the alien world of Tamaran, Starfire is now exiled on Earth, and evidently she’s around to fight some other DC characters now. The trailer is designed to showcase her fighting ability, admittedly, but she still comes across as mightily impressive in action.

All that being said, it’s a little hard to take Starfire seriously, considering that a lot of people only really know her from Teen Titans Go!, the Cartoon Network comedy. These people have only seen her looking super cartoony, and on that show she talks in a strange syntax and is super positive and bubbly. The show pokes fun at its heroes all the time, which doesn’t exactly make Starfire seem like the most badass character, even if she does shoot stuff with her deadly energy beams in that show as well.

This more serious version of Starfire will be available in August, according to the trailer.