Check Out The Crazy Second Trailer For ‘Thor: Ragnarok’ 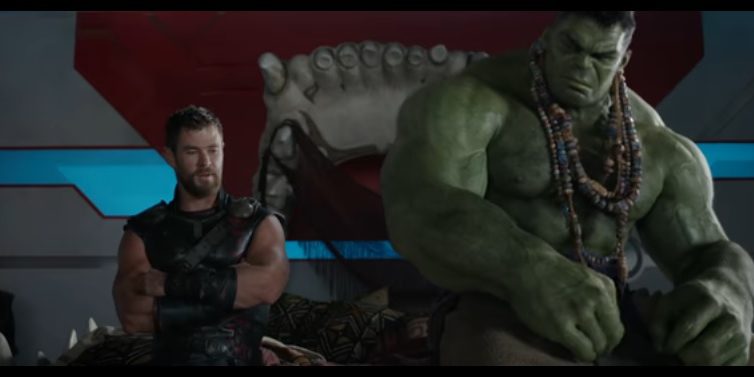 Of all the Marvel movies, the Thor ones tend to be overlooked a bit. Few people consider the Thor films their favorites, and some think of them as the lowlights of the Marvel universe. Thor: The Dark World and Iron Man 2 are probably the two films battling it out for the worst of the bunch, although there hasn’t been a lot of competition, as the Marvel movies have generally been quite good. However, based on the trailers for Thor: Ragnarok, things may be about to change, because the movie looks pretty awesome.

The first trailer for Thor: Ragnarok was solid, if only because we got to see Cate Blanchett as the villainous Hela, Jeff Goldblum looking crazy, and the Hulk decked out in gladiator gear. The second trailer, though, the one from Comic-Con, makes the movie look completely insane, in the best way possible.

We see more of Blanchett, which is always a good thing, because she’s the best actress in the world. Getting her to be the villain in a Marvel movie is a real coup. Plus, we see a lot more of the Hulk, but also Mark Ruffalo as Bruce Banner. There is a lot more action in this trailer too, which definitely is encouraging. The only question is whether or not they showed us a little too much in this trailer, but that’s how trailers work.

Thor: Ragnarok comes out November 3. Even if you didn’t like the first two Thor movies, you may want to check this one out.