Check Out This Concept Art For A ‘Judge Dredd’ TV Show 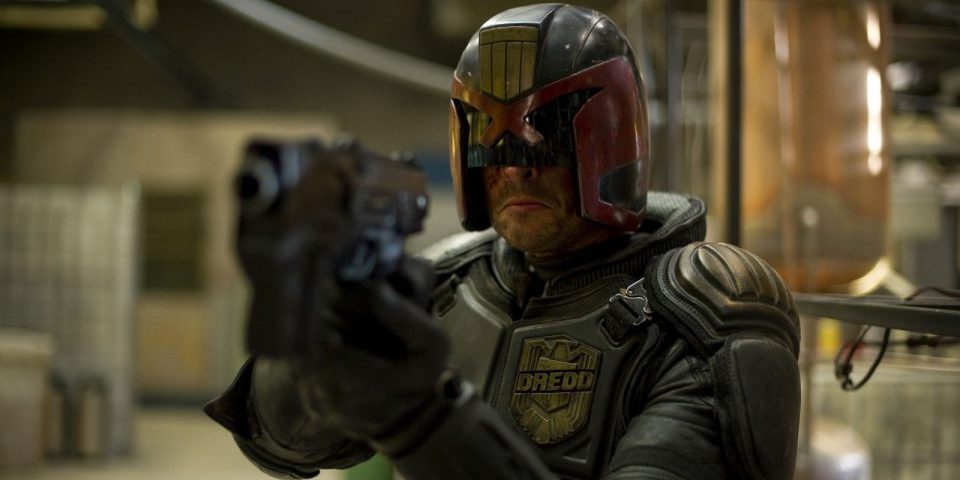 There have been a couple Judge Dredd movies at this point. One is your typical over-the-top (but not Over the Top) Sylvester Stallone film, while the other is a grittier, gorier update starring Karl Urban. While the future cop is not one of the most-prominent comic book characters, he has now starred in two movies, which is more than, say, Matter-Eater Lad can say. Now, though, there is a Judge Dredd TV show in the works, and some concept art has been released to give us a sense of how the dystopian world of Dredd will look.

The show is called Judge Dredd: Mega-City One, which is named after the city that Dredd patrols as a “street judge.” Needless to say, it’s not the cheeriest city, and the concept art is indicative of that. One of the pieces of art, called “Democracy March,” gives us a bird’s-eye view of the city, all black and bleak with flying cars. The other concept art, “Lowlife Arrival,” is a street-level view of the slums of Mega-City One.

It looks like pretty traditional dystopian stuff, but the same held true of Dredd, and people still enjoyed it quite a bit. Speaking of Dredd, there is talk that Urban will return to the role of Dredd for the TV show, should the show happen. Because, you see, the show doesn’t have a network yet, although surely it is being shopped around. Maybe this concept art will help make that a reality.