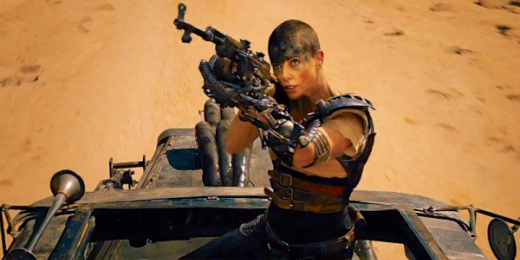 The surprisingly successful, at least from an Oscar nomination perspective, Mad Max: Fury Road, was really much more a showcase for Charlize Theron’s Imperator Furiosa. Though Tom Hardy, a fine actor in his own right, played the title Max, it was Furiosa that really stood out, and who was arguably the true lead of the film. There are many who would love to see Furiosa return to the big screen, and that apparently includes Theron herself.

Theron was asked about the possibility of reprising what has perhaps become her most-iconic role, and she had this to say:

“I’d love to. There were three scripts. They were written as backstories to Max’s character and to Furiosa’s character. But at the end of the day, this thing lives and breathes with [director] George [Miller]. I think Warner Bros. knows that. We are all waiting for him to show us the way.”

That mention of three scripts is indeed true. Evidently, while writing Fury Road, Miller also came up with a prequel story revolving around Furiosa, and had even planned to make an anime companion film about her to pair with Fury Road. That didn’t end up happening, but at least that could mean we get to see a true, full-length Furiosa film.

However, Miller has also said he wanted to make a smaller, special effects free film after making Fury Road, a film that hasn’t been made yet. As such, it might be a while before we see this Furiosa film. At least we know Theron is up for it.