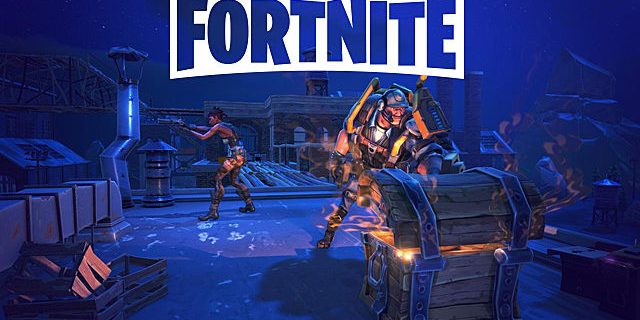 Fortnite Battle Royale is now a pop culture phenomenon, and its popularity continues to grow. In June 2018 the creator’s even reported that the number of registered players in the game reached 125 million. Teenagers around the world are now all facing the same problem, their parents think they’re spending too much time on the computer. They aren’t alone, famous celebrities are even experiencing the same issue.

Professional footballers have a lot of free time when they’re not training or preparing for upcoming matches. Despite their huge salaries even the most famous footballers don’t mind spending a night or two playing Fortnite. Fans of the legendary Swedish striker, Zlatan Ibrahimovic were shocked when he posted on Twitter, telling his followers to subscribe to his gaming channel. Ibrahimovic currently plays as a forward in the MLS with LA Galaxy after successful spells in Europe with Ajax, Inter Milan, PSG and Manchester United. While we don’t know how often he plays in his spare time but that day on the stream he spent a few hours playing, joking and answering questions on the chat. During the stream somebody asked – why don’t Fortnite developers make a Zlatan character for the game? He replied, “They can’t afford me”.

Some celebrities are so popular that when they appear in a stream records get broken. This happened in March of this year when Drake posted on Twitter stating that he’s playing Fortnite with Ninja. Given that Drake has more than 30 million followers on Twitter, it’s no surprise that eventually Ninja not only broke the Twitch record for the number of simultaneous viewers but set an unusually high bar for other streamers who want to beat this record. It’s hard to believe, but 680,000 people watched Ninja and Drake, play together. We have to admit Drake played very enthusiastically without getting distracted by the chat and unnecessary conversations, as it turned out he’d been fond of playing for several months before the stream. He says that he spends a lot of time at the studio, 15 to 20 hours a day, so he has time to play.

If you’re a fan of MMA, you’ll probably know who this guy is! Demetrious Johnson competes in the UFC in the men’s flyweight division. Up until last month, he had the longest unbeaten streak in the UFC but unfortunately lost his last fight. Demetrious and his team are making great progress, and they even win! Gamers are divided into two, some play only Fortnite and others prefer PUBG. Demetrius is not gonna join any of them, though, because he enjoys playing both games.

Did you know that there are football fields and balls in this game? One time while the rest of his team were trying to hunt down opponents, the Tottenham midfielder wasted time playing on the football field and failed when trying to score a goal. Dele Alli not only plays football in Fortnite he also enjoys running and shooting at opponents! How does he find the time for all of this? Amazing if you didn’t know Dele was the youngest football player in England national team in 2014 and 2015 and won the PFA Young Player twice.

Gordon Hayward is an American professional basketball player. He not only has made a great career with the Boston Celtics but also won the under-19 World Cup in 2009. Seems to us that this is a remarkable achievement and he also has a lot of achievements in Fortnite. Gordon loves this game so much that even streams together with his daughter, quality time with the family!