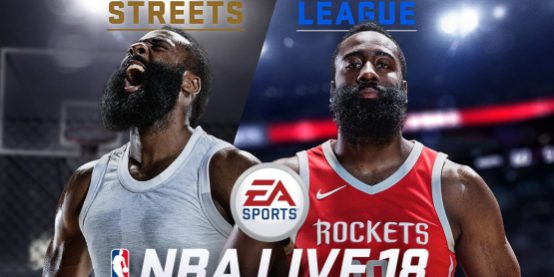 EA Sports is giving gamers interested in their upcoming NBA Live 18 a chance to check it out for free. Starting August 11, those who have PlayStation Plus or Xbox Live Gold will be able to play a free demo well in advance of the September 15 release date the rest of us have to wait for.

As has become increasingly common with such offers, all progress you make, and content you unlock, will carry over when the full game launches. Thus, you can play NBA Live 18 for over a month before most people will get a chance to play, giving you a real leg up. This includes the new “The One” experience, which sounds like one of those “create a player and build up their career” things. There will also be limited-time events that will only take place in the free demo.

Also announced is that NBA Live 18 will see James Harden of the Houston Rockets as the cover athlete. Harden is one of the best, and most-recognizable, players in the NBA, so this is a nice get for them. The Beard almost won the MVP last year, after all. Meanwhile, NBA 2K18 has Kyrie Irving on their cover, and he may not even be a Cavalier when the season starts. Score one for NBA Live 18!

You can pre-order the game now and save 33 percent, even if you don’t have the ability to play the free demo. NBA Live 18 and NBA 2K18 are battling for basketball game supremacy, and this is NBA Live 18‘s attempt to try and take the lead.