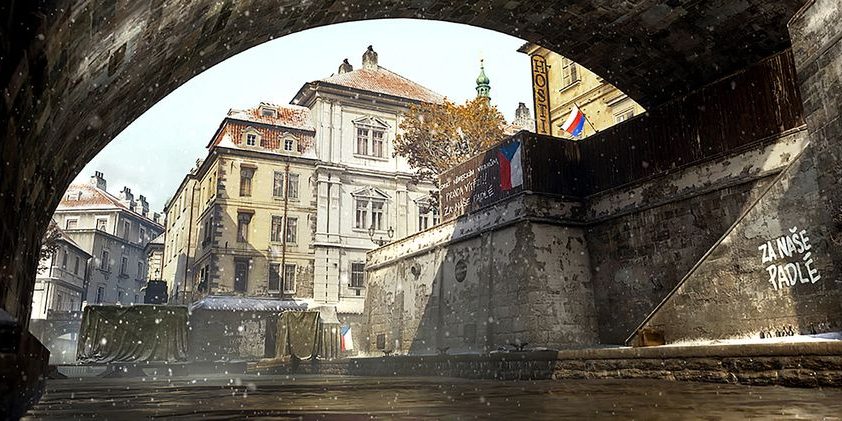 All three of the maps are themed around the resistance, said developer Sledgehammer Games. Valkyrie takes place near the place where the failed attempt to kill Hitler took place in Operation Valkyrie. Up next, Anthropoid is set in Czechoslovakia during Operation Anthropoid. The final map is Occupation, which is a remake of the Call of Duty: Modern Warfare 3 map Resistance.

Watch the preview for Call of Duty: WWII — The Resistance DLC Pack below:

Earlier this year, Activision released a preview video for Call of Duty WWII‘s first DLC expansion pack, Resistance, in which developers from Sledgehammer Games talk about the new multiplayer maps, in addition to the new War Mode, called Operation: Intercept, and the new Nazi Zombies content.

“Call of Duty: WWII Resistance is about honoring the world’s most costliest war. With the Resistance DLC pack, we really get to continue that story. This next chapter really puts in the place of being a resistance fighter,” said Michael Condrey, Resistance is also considered the “biggest, most exciting” DLC pack that Sledgehammer has created.

Call of Duty: WWII Resistance DLC pack launches on Jan. 30 on PlayStation 4. The Resistance will be available on Xbox One and PC in February.