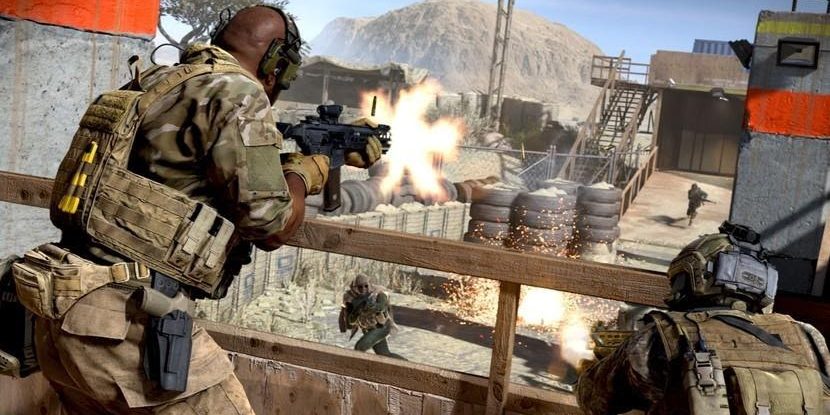 After a year of confusion and controversy surrounding who was developing the new Call of Duty game, we are all in the clear. Activision gave the job to Treyarch after relieving Sledgehammer and Raven mid last year.

The work is almost complete, but when will the game be released? How will it look like? What unique features can we expect? Stick around for a few minutes to find out everything we know about the game.

For many years, new Call of Duty games came out in November. However, Activision has been releasing new titles in mid-October for the past several years, including Black Ops 4 and Modern Warfare.

With that trend in mind, mid-October is the most logical time to expect the release of Call of Duty 2020. Of course, neither Activision nor Treyarch has confirmed the specific date. But Blizzard did confirm early in February the game will be out in the fourth quarter.

It will probably make an official announcement in the next couple of months if its recent history is anything to go by. A case in point is last year’s Call of Duty: Black Ops 4.

Treyarch released the game’s first teaser on March 19 after weeks of silence about the game. They then announced the official release date in May, a schedule they could use for this year’s game.

Even before Modern Warfare came out, online gamers have been amok with speculations about the upcoming game. However, insiders reveal COD 2020 will explore a new setting and a new time frame.

Precisely, the game will be based during the cold war and will include scenes set in Vietnam and South Korea. That means the game will feature stories about the Korean invasion of the 1950s between the north and the south.

What’s more, the storyline will feature more gruesome battles than anything we saw in Warfare, so expect plenty of action. Obviously, the game will also attract media attention and there might be controversies surrounding the Korean wars.

Treyarch’s lead designer David Vonderhaar seems to have confirmed the new game will omit jetpacks to reduce backlash from fans. That’s right. Fans made their hatred for the futuristic weapons known on Twitter and Treyarch listened.

The only problem is that Vonderhaar sent a second tweet to deny he had confirmed the new game wouldn’t include jetpacks.

“Did I? I love tabloids,” the director said in reply to a tweet about him saying there would be no jetpacks in the new game.

All the same, Vonderhaar is the senior-most figure in the game design department of Treyarch. So, if he says he doesn’t want to see jetpacks in the new game, you can rest assured you won’t find them.

A Single Player Mode is Likely

After years of following their tradition, Blizzard finally commissioned a game without a single-player mode in Black Ops 4. Some people thought the idea was revolutionary and that the game would succeed without a campaign.

But following Modern Warfare’s success, COD will be unwise to opt-out a single-player campaign in the upcoming game. After all, the company has been releasing to fans and responding appropriately.

People might not have thrown a tantrum after the release of Black Ops 4, but they surely made it known they want a single-player campaign in future games. Most successful online games always support a solo-mode.

With the rumored settings of Korea and Vietnam, the new game could have an incredible unique campaign mode. Call of Duty hasn’t explored these countries a lot and it would be intriguing to find out what a campaign surrounding them would look like.

Will Treyarch Reintroduce a Zombie Mode?

Rumors say Treyarch could consider bringing back the zombie mode considering they’ve always included it in all their COD games. It’s also something people love, so there’s no reason not to include it.

What’s more, Jason Blundell, the man in charge of Zombie gameplay at Treyarch is still working for the company. So, unless Blizzard orders them not to include the mode, you better believe it will be available.

Esports is big news in 2020 so it’s surprising Activision hasn’t been keen to support a league for some of its games. Take Modern Warfare as an example. More than six months since its release, the game receives almost no eSports support from Activision.

Will Call of Duty 2020 be any different? Time will tell. Esports is growing at unprecedented rates and most franchises are committed to supporting pro-gamers. As such, it makes a lot of sense for Blizzard to have a ranking system for its best players.

Also, pro-gamers would love to get more support through a league, sponsorships, and tournaments. It will only make the franchise bigger.