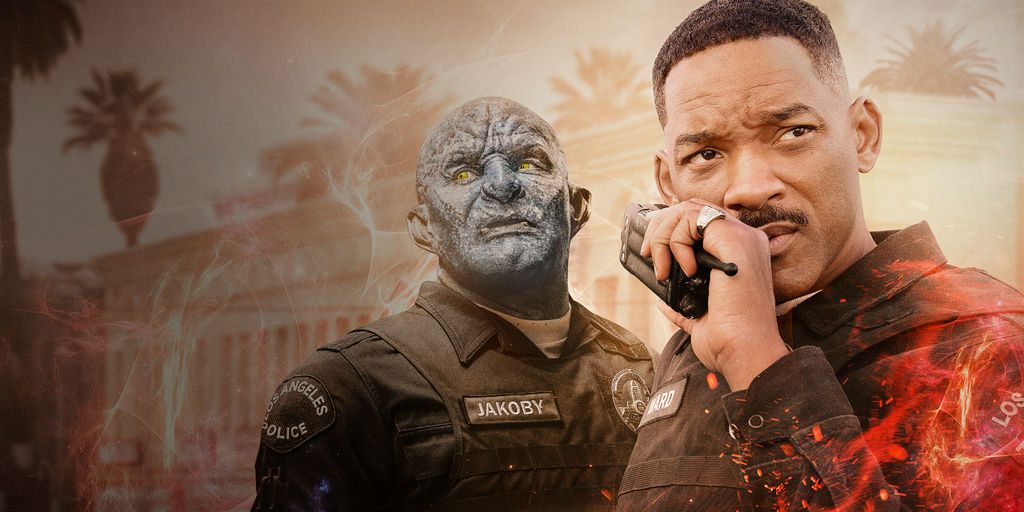 Netflix reportedly sunk $90 million dollars into Bright, its genre-bending buddy cop film, and for the most part it shows. Set in a modern day version of Los Angeles where Humans, Orcs, Elves, and Fairies all co-exist, the movie stars Will Smith as a veteran human cop reluctantly paired with an Orc rookie. It’s a clever premise, and while Bright only mines the surface of its potential, the world created by director David Ayer and writer Max Landis is one well worth revisiting. (A sequel, also starring Smith, has already been greenlit.)

Of course, weird buddy cop pairings are nothing new. Whoopi Goldberg was once paired with an anamorphic T-Rex in 1995’s regrettable Theodore Rex, and it’s nearly impossible not to compare Bright to the film and subsequent TV series, Alien Nation, in which a human cop is buddied up with an extraterrestrial newcomer. Like Alien Nation, Bright offers some wry commentary on race relations, now even more obvious because the different races are essentially different species. Orcs are the thuggish brutes, spurned by society for siding with the evil Dark Lord two millennia ago; Elves are the erudite aristocratic class living (and mostly shopping) in their own gated section of LA; and Humans are, well, humans. But in this universe, humans and fantasy creatures have been living together for thousands of years; they may not like or trust each other, but they’re used to it.

It turns out cop Darryl Ward (Will Smith) has a reason to be mistrustful. As we learn in his opening nightmare/flashback, Ward was shot by an Orc while his new also-an-Orc partner, Nick Jacoby (Joel Edgerton), was grabbing lunch. The assailant got away, possibly because Jacoby let him go, raising suspicions over whether Jacoby — a diversity hire by the otherwise human police department — is more loyal to his Orc heritage or his brothers in blue.

The chemistry between Ward and Jacoby fizzles at first, but warms as the two are forced to bond when a routine call uncovers the existence of a stray magic wand — the equivalent of a loose nuclear bomb in our universe. Magic wands literally drip with magical energy, and when wielded by a Bright — a magic user capable of holding one without blowing up — they have the power to reshape reality, heal any wound, and even bring the dead back to life. And just like the Ring of Power in The Lord of the Rings, all manner of Human, Orc, and Elf wants it and is willing to go after the wand with a ferocity that would make Gollum squeamish.

How much you enjoy Bright may depend on how far you’re willing to accept its silly-sounding premise, even as the film plays it completely serious. Early in the film, Ward’s wife goads him into killing an annoying fairy that’s wreaking havoc on their front doorstep with the same disdain as if it was a mouse. (Never mind that it’s a winged humanoid with rudimentary speech.) “Fairy lives don’t matter today,” says Smith with a straight face before smushing the flying pest.

If stuff like that, or the sight of dragons unceremoniously flying over LA in wide shots, a Magic Task Force, and gangbanging Orcs don’t immediately turn you off, then Bright is a fun, if superficial, take on modern society gone to fantastic extremes. In truth, I liked the world of Bright more than its protagonists. In Ward, Will Smith is playing pretty much the same wise-cracking cop character he’s played in Men in Black and Bad Boys. And though I tried to be interested in Jacoby’s sad-sack outcast Orc who’s dreamt of being a cop all his life, we don’t know enough about him to be invested. Bright is standard buddy cop fare that serves as a trojan horse to smuggle in bigger ideas that I hope are eventually turned into a Netflix series.