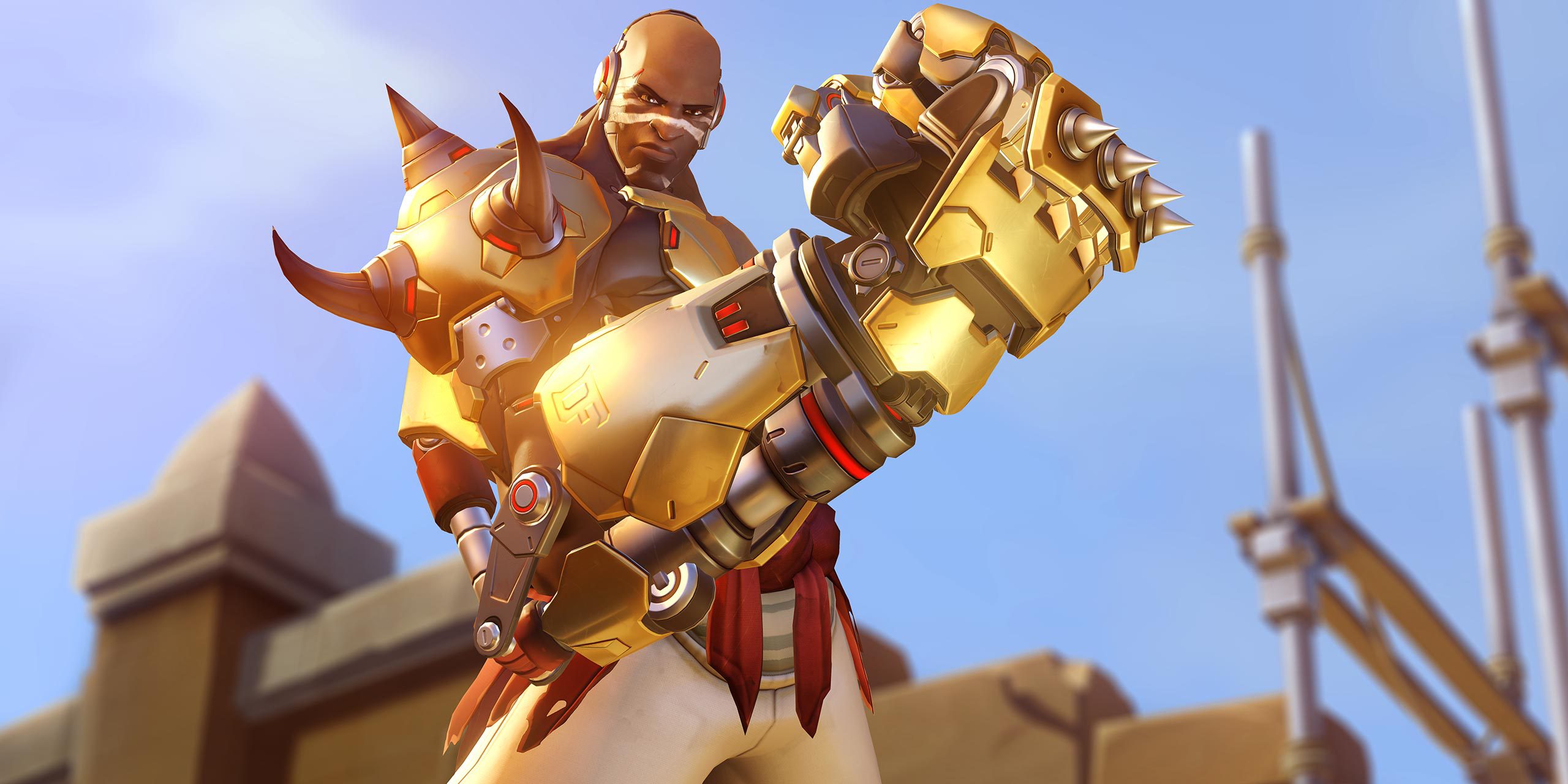 Agents of Overwatch, get ready! Leader of Talon, Leveler of Skyscrapers, and all-around cybernetic badass Doomfist has arrived!

Fans of Overwatch have been speculating on the arrival of what is now the 25th addition to the game’s lineup since nearly the beginning, since an early cinematic trailer that introduced his eponymous gauntlet and the character himself in passing. While his name was once a throwaway line never meant to be taken seriously, fan interest resulted in the creation of Doomfist as a generational baddie, in order to fit him into the Overwatch timeline. This generation’s Doomfist, Akande Ogundimu, is the third to take up the gauntlet and title, as “The Successor,” following “The Scourge” and “The Savior.” Hints that the infamous leader of Talon would soon be arriving have been dropped since his gauntlet disappeared from Numbani during a previous game event. A report made earlier this week on the game’s canonical news site stated that Ogundimu had been busted out of the maximum security prison in Numbani, causing mayhem and crossing paths with the heroes, including a run-in with Pharah, and creating even more speculation that the character would become playable in the coming weeks.

Doomfist is now currently available only on PC in the Public Test Region, but should be available game-wide within the coming weeks. Stats and abilities have already been released on Overwatch’s official site, revealing Doomfist’s lexicon of moves that paint him as a close-range fighter with a preference for speed. His abilities include the Hand Cannon, a mid-range burst of ammo from his fist; the Seismic Slam, which can pull enemies closer into his range; Rising Uppercut, to knock enemies into the air with a single upward strike; Rocket Punch, which propels him forward at speed into enemies, incurring more damage if there’s contact with a wall or object; defensive ability The Best Defense…which generates personal shields while he doles out damage; and finally, Ultimate technique Meteor Strike, which doles out heavy damage to groups caught in its blast radius.

Doomfist is on limited availability on PC, although we can expect him to make his debut console/PC-wide within the coming weeks. No word yet as to whether or not he can actually level a skyscraper, but you can at least check out his origin story below.