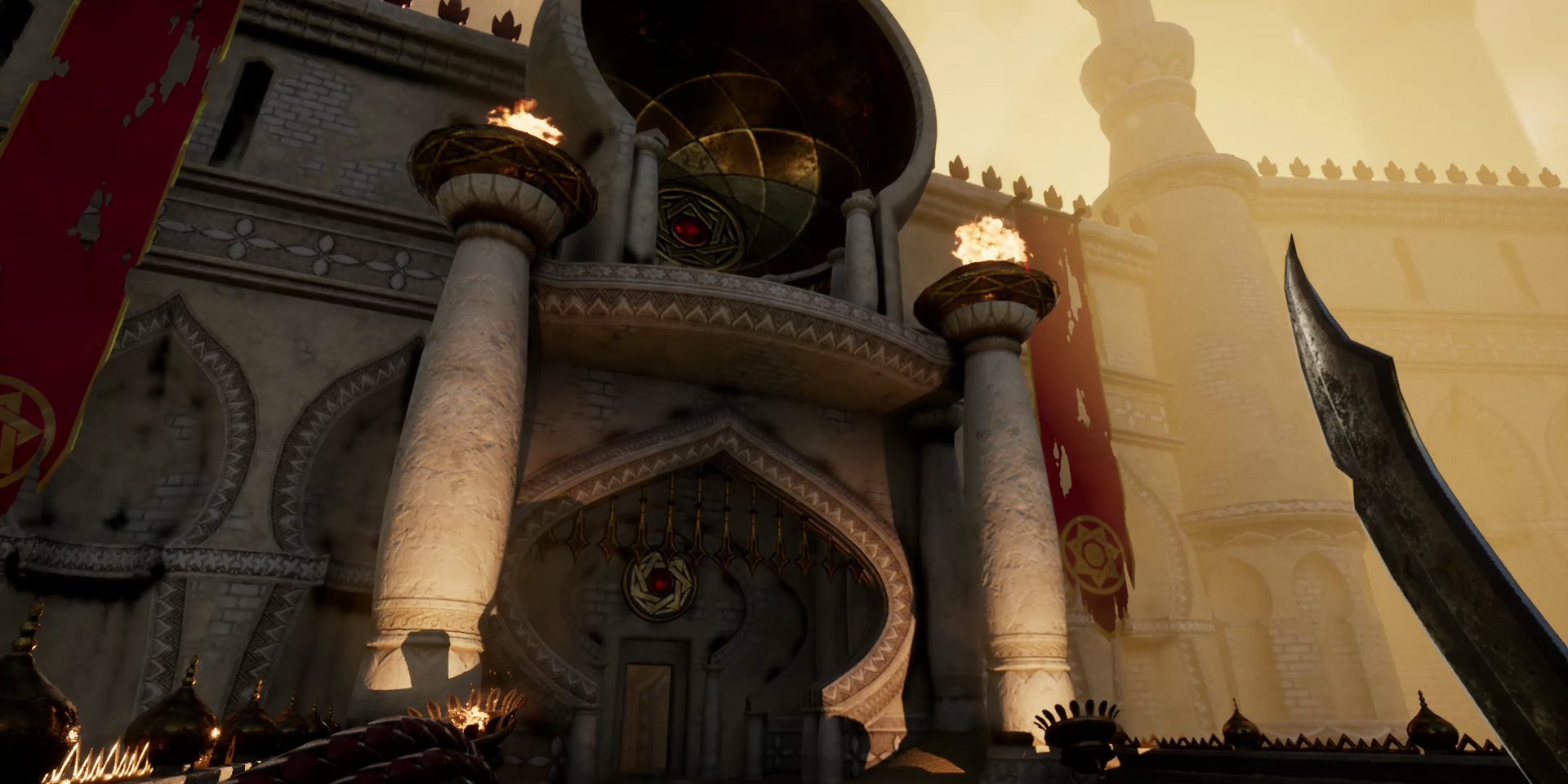 Uppercut’s team of gaming vets return to their roots working on popular titles like Bioshock and Fallout to create a world that recalls the mystical adventures of A Thousand and One Arabian Nights. Set in a mysterious and accursed city beneath the sand, players take up the role of a thus-far unnamed thief seeking out the eponymous City of Brass’s legendary treasures. But no treasure hunt would be complete without a litany of deadly traps and enemies to bar the path. The thief’s sword and whip offers up a handy solution to that problem, but players are also encouraged to take advantage of the carefully-crafted settings and objects to find new and interesting ways to pummel your foes – either by smashing them with vases that explode, forcing them into traps meant for you, or just a good old-fashioned brick to the face.

Gathering treasure is one primary goal, of course – there’s plenty of plunder to line your coffers, and players are encourage to gather as much swag as possible. But spending too much time snatching up coins can come at a price if you take too long – players who don’t make it to the exit in time will die, and not quick or painlessly. Ed Orman, the game’s Lead Designer, assures us that players will die, and often. But City of Brass has eternal replayability, with unique algorithms that generate new level layouts with every death or replay, to encourage players to learn from their mistakes, improve their skills, and adapt to the ever-changing cityscape in order to survive and make their way to the fabled treasure in the heart of the city. If you’re feeling particularly adventurous, you can opt into Divine Burdens, which change enemy abilities, behaviors, and environmental hazards.

Thankfully, you won’t be alone in the City of Brass – most of the Incarcerated spirits you find within its walls are friendly, and willing to barter upgrades, gear, or even secrets for loot. Gather enough of the shiny stuff, and you can even buy a genie’s freedom to give you an edge in the game’s final battle. Gameplay itself hearkens to Prince of Persia-style movement, as you run, leap, vault, and slide around the game’s ever-changing environment. And while you’ll die, horribly, and frequently, tenacity and the ability to learn from mistakes will win you the treasure at the heart of the City of Brass.

City of Brass will be released for Windows PC on Steam in fall 2017, with PlayStation 4  and Xbox One releases following suit in 2018.