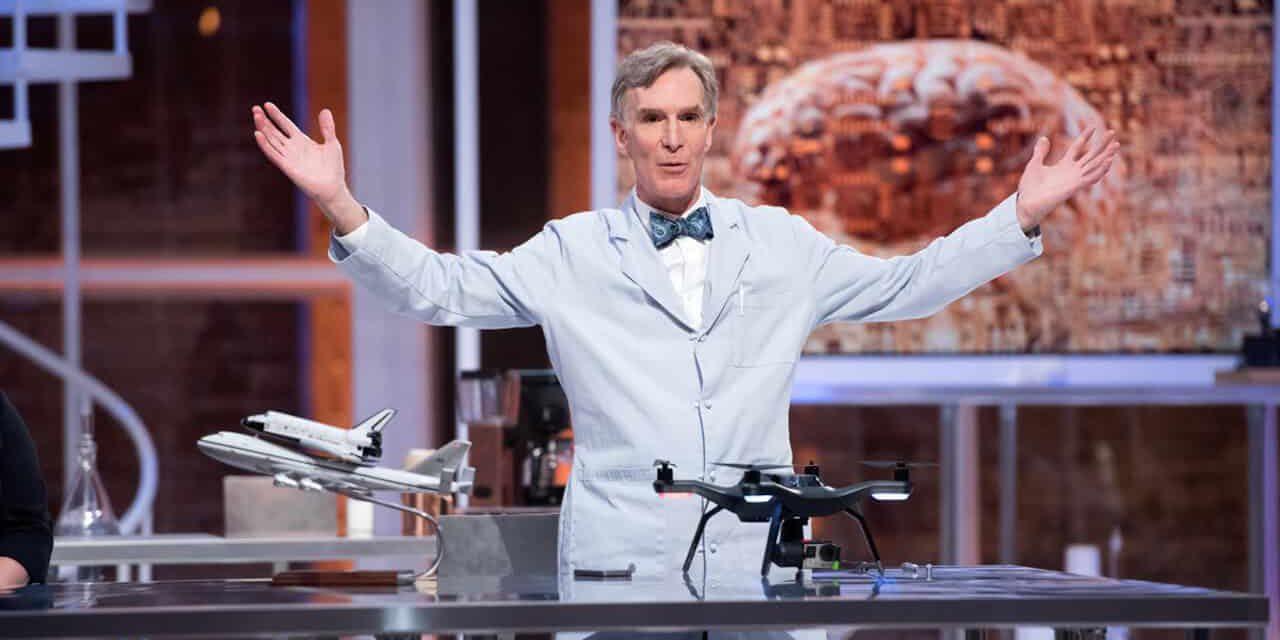 Netflix has shaken things up a bit recently by actually taking the time to cancel shows. Both The Get Down and Sense8 have been given the axe, meaning fans of Netflix programming can no longer take for granted the shows they love will continue. However, one show that seemed like it might be on the fence has gotten a second season. Bill Nye Saves the World will be back. Nostalgia remains a powerful drug, evidently.

Nye is, of course, best known for his educational kids show Bill Nye the Science Guy which made him a notable television presence in the ’90s. The first season of Bill Nye Saves the World was dropped onto Netflix on April 21, with all 13 episodes, naturally, debuting at once. ““Saving the world turns out to be a big, complicated task, so we’re coming back for Season 2. We want people to view issues in our society through the lens of science and to be inspired and informed about the role it plays in our everyday lives,” said Nye in announcing his show would be back.

This probably makes some people happy, especially the nostalgic among us, but hopefully Nye has been using the time since the first season debuted to try to work out the kinks to the show. In truth, Bill Nye Saves the World had a lot of issues in its first season, as it seemed unsure of what it wanted to be. The show ended up being, like, five things at once. However, since this show is likely a lot cheaper than, say, The Get Down, it makes sense for Nye to get at least another season to try and make things work. Maybe Nye can even save the world.