What Happened to Big Bee Little Bee After Shark Tank?

Amy Leinbach is originally from New York City but moved to Huntington Beach, California to attend Pepperdine University. She studied to become a teacher, focusing on special needs education.

She always dreamed of owning a business and operated many imaginary businesses as a kid. But when Amy got older, she concentrated more on voice acting, even getting cast in Nickelodeon’s Winx Club.

The New York native saw a lot of herself in her young daughter, Marlo, who is also an inventor at heart. And like her mom, Marlo was hired as a voice-over artist at a young age.

Apart from teaching and voice acting, Amy has co-founded a few businesses in the education space. One day, she was inspired to start another company but this time wanted to include her daughter, believing they would work well as a team.

They launched Big Bee Little Bee in 2016, with Amy being the “big bee” and Marlo the “little bee.” The company’s goal is to make innovative products while reducing the need for single-use plastic. One of their first inventions was the Marker Parker, a honeycomb-shaped marker organizer.

The Leinbachs also created the Original ScrubBEE, a silicone scrubber, and interchangeable straws called Build-a-Straw. In 2019, they won the National Parenting Product Awards.

The Sharks believed the business lacked focus and were concerned about the recent loss. It appeared Amy was hoping her adorable daughter would improve their chances of getting a deal. Sadly none of the Sharks were interested. Robert stonecold comment at the end was brutal. “I was going to make you an offer until you started showing us more products.” 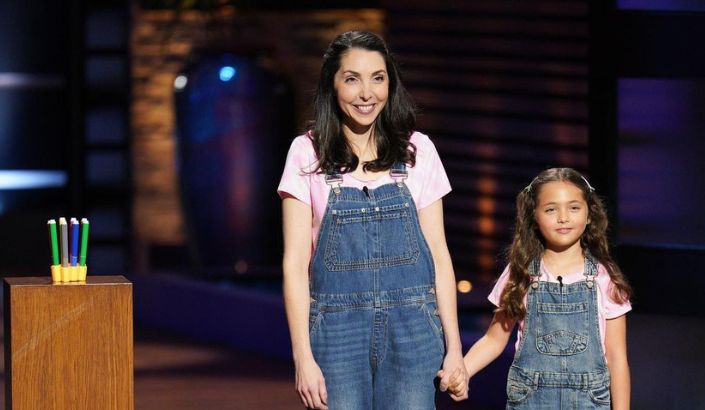 Although the pitch didn’t go as planned, fans of the show will be keen to support them. Everyone who wants to try out their products can do so by visiting BigBeeLittleBee.com.

Their products are loved by over 50,000 families and carried in over 500+ stores including Bed, Bath & Beyond, Uncommon Goods and buybuy BABY. In addition, some of its items are available on Amazon. They also donate 1% of sales to non-profit organizations working to protect the Earth’s environment.

The Original ScrubBEE is their most popular product on Amazon and is rated 4.7 stars by 877 customers. The reviews are positive but they sell too many products and will need to focus on one product at one time. Hopefully, Big Bee Little Bee will be able to break even from the spike in orders from appearing on the show. Currently, Big Bee Little Bee is valued at $500,000.