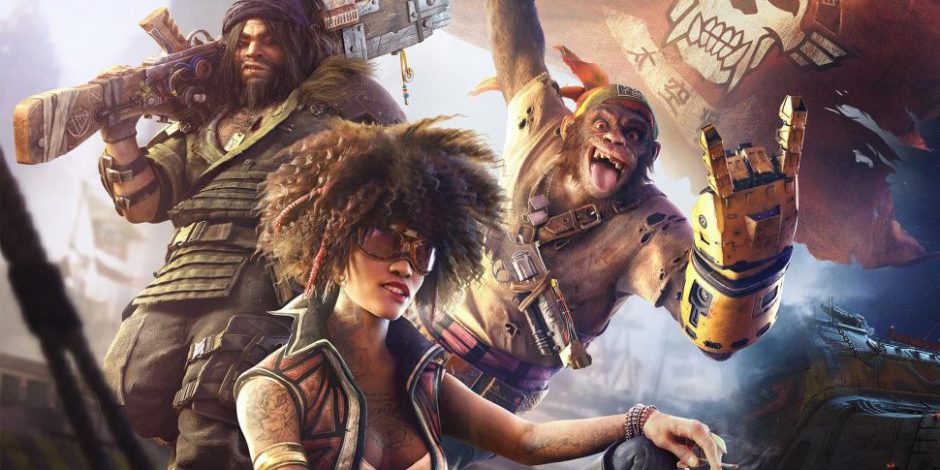 Ubisoft already had one massive announcement at E3, when Assassin’s Creed Origins was finally unveiled, but they have since added another big reveal to their slate. Beyond Good and Evil 2 has been officially announced, making the long-awaited sequel finally a reality.

This has been a long time coming, as the original Beyond Good and Evil came out way back in 2003. It was released on PlayStation 2, the original Xbox, and the Nintendo Gamecube, to give you a sense of how long ago that was. The game was originally imagined by creator Michel Ancel as the first part of a trilogy, and finally he’s taken a step toward making that happen. He’s officially ahead of James Cameron and all his promised Avatar sequels.

Beyond Good and Evil 2 is a prequel to the original game, and takes place before the birth of Jade, the protagonist of the original. Also, there is a pig man and a monkey man and it seems pretty out there. Obviously, the graphics are much more impressive than in the original. That’s what waiting 14 years will do for you. The world of the game will be a “massive, seamless online environment,” and Ancel said at E3 it will be possible to play with friends, so expect a multiplayer element.

What we don’t have, though, is a release date. Hey, people have waited this long. They can wait a little longer. For now, tide yourself over with the announcement trailer for Beyond Good and Evil 2..