Which Star Wars Planet Would be the Best to Live on? 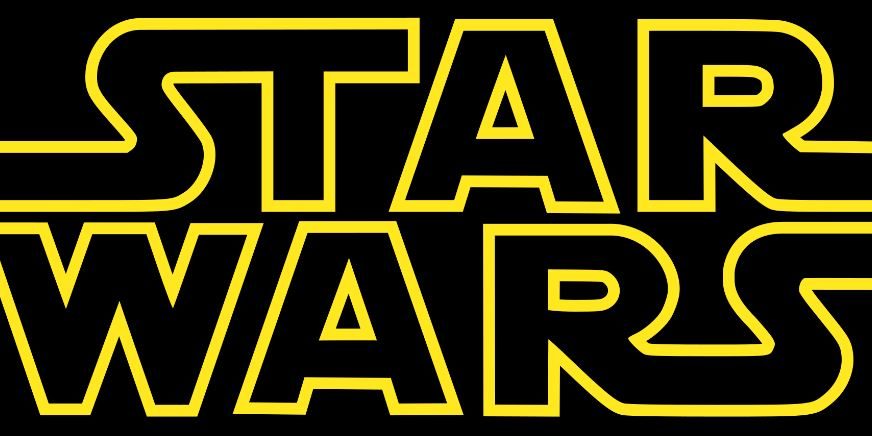 There are six billion planets floating around in the galaxy, but which one would be the best home?

A wide array of unique planets exist in the the Star Wars universe, from the lifeless desert of Tatooine to the vibrant metropolis of Coruscant, there are endless ways to live a life in the galaxy far, far away.

Bespin was a gas giant, uninhabitable aside from the Cloud City that towers above the planet’s surface.

Matt Hudson: “Bespin is a massive ball of gas, basically. Cloud City is the hospitable area at the top, and it’s all very white, very clinical. The whole thing is sterile.

“It’s well run by Lando Calrissian, the administrator, and it seems like a decent quality of life, but it doesn’t look particularly lively. There’s not an awful lot there, so if you want to go to the pub or a bar or club – I didn’t see any.

“Everybody keeps to themselves and looks like they just live to work. So it wouldn’t be the most exciting place to live, I’d call it more of a retirement home.”

Coruscant was a city planet, with its entire surface covered by a giant metropolis. It is home to the Jedi Council, and the political centre of the galaxy.

MH: “If you like city life, you’re going to get 24/7 city life. We know there are plenty of bars and clubs there. There’s urban culture as well – a kind of East End vibe when you go down a few levels, a kind of Brick Lane setting down there.

“On the other side of it, though, it’s a massive city, which isn’t for everybody. There doesn’t seem to be any way to chill out. Everything is on the go the whole time.

“There’s also a clear class system. There’s over 1000 levels to this city, and the further down you go, it’s like descending into Hell.

“So if you’re rich, you’re in luck. If you’re not, and you’re just the common everyday worker, it’s not the best place to reside.”

A forest planet which is home to the Ewoks, Endor was the scene of the final battle in Return of the Jedi.

MH: “If you love a bit of nature, you’re living the dream.

“You can get plenty of exercise, I’d imagine there’s nature trails, a lot of climbing, a lot of running through the forest. And there’s the notoriety of being the planet that the second Death Star blew up over.

“At the same time, there’s nothing of any real value there for the bad guys to come and try to take over the planet. There’s nothing there apart from trees and Ewoks, so I think it’s a safe place to live.

“The major con is those Ewoks. They will murder you in cold blood. They’re vicious little things.

“They were going to burn Han Solo and Luke Skywalker alive on the spit until C-3PO called it off. It was burn first, ask questions later.”

The Rebel Alliance made Hoth – a planet covered by snow and ice – their headquarters in The Empire Strikes Back.

MH: “What is there to say about Hoth? What a beautiful place to go skiing!

“Also, if you’re a scientist, Hoth’s caves are brimming with possibilities, with different species and bugs and bacteria.

“But I’m not a scientist. It’s an ice planet, it’s cold. The only place to live is a cave, and the wampas, like the one that attacked Luke Skywalker, are the apex predator, so you’re already second on the food chain.

“I see no reason why you’d ever want to live on Hoth.”

Featuring heavily in the prequel trilogy, Naboo was the home of Queen Amidala, as well as Jar Jar Binks and the Gungans.

MH: “Naboo is a planet of culture. There’s beautiful scenery. They’ve got the countryside, the meadows, the lakes, the waterfalls, the animals.

“The Queen is lovely, [the monarchy] seem to love their citizens. Everything just seems chill in Naboo.

“I think the Gungans would be alright, they add a bit of flavour and give that cosmopolitan, diverse feel.

“The downside is that it looks like a pint would be quite overpriced in Naboo. You’re not getting away with anything under a fiver.

“Also, it’s the home planet of Emperor Palpatine himself, so a few people might give it a scornful look now because it was the birthplace of the most evil man in the galaxy.

“But I think the look and vibe of the place completely overshadows that. I give it full marks.”

A sparse desert planet with two suns, Tatooine was most famously the homeworld of Anakin and Luke Skywalker.

MH: “I think this is the Star Wars planet.”

“If you’re on Tatooine it’s a hard life, but immensely satisfying. It’s almost like a farmer’s life. At the end of it you reap what you sow, and if you really work hard you can make a decent life there.

“The cantinas get a bit rowdy. The locals might kill you just for looking at them the wrong way.

“And there’s two suns, which could be a blessing and a curse. At the end of Revenge of the Sith, [Obi-Wan Kenobi] was Ewan McGregor, a hunky man. He’s a beefcake. By the time we get to A New Hope it’s Sir Alec Guinness. He’s aged terribly in those 18 or 19 years.

“So you have to have tough skin, both literally and figuratively, to withstand the weather and also the locals. But if you can get your head down and work hard it’s an honest living and I’m not one to knock that.”

Home of Princess Leia and the Organa family, Alderaan was a land of immense beauty until it was destroyed by the Death Star.

MH: “Alderaan was seen as the most beautiful, desirable planet in the galaxy. The people were the most hospitable, generous, kind people there are. Like Naboo, it was known for rolling hills, mountains, waterfalls.

“It’s the sort of place that everybody would want to live. It’s like New Zealand with sci-fi buildings, which to me is perfection.

“However, it did get blown up. It was a target for the Empire because as it was the most desirable planet in the galaxy, it was also the most desirable to send a message. One of its figureheads, Bale Organa, was one of the founders of the Rebel Alliance.

“So pre-explosion it’s full marks, but once the Empire gets wind that it’s the unofficial home of the Rebel Alliance, you’ve got no hope.”

Mustafar – comprised almost entirely of lava – was the planet where Darth Vader was struck down by Obi-Wan Kenobi.

MH: “In Revenge of the Sith, Mustafar was a lava planet. It was a molten hellscape. In Rogue One, it didn’t look quite as bad. It was more black, rocky terrain with lava rivers, which, again, isn’t great.

“It you want to be pedantic, it’s nice and hot, and you’d have the place to yourself. There’s no one there apart from droid workers.

“But Darth Vader’s castle’s there, and if he’s there as well, you’re dead.

“And the heat will kill you. You’ve got more chance of surviving for longer on Hoth than Mustafar, I think.”

The remote swamp planet of Dagobah was where Yoda trained Luke Skywalker in the ways of the Force.

MH: “Dagobah’s a remote planet and there’s not an awful lot of places to live, but Yoda made a hut, so if he could make a home, I’m sure I could as well.

“There’s a decent amount of species that you could cook up if you get hungry. Yoda survived there for long enough and he’s not exactly the biggest fella.

“To me it’d be like going to the Amazon – you know the risks when you go there. Would you live in the Amazon? No, but I’d certainly visit.

“On the other hand, it is strong with the dark side of the Force, so you may become corrupted. Or you could get eaten by a big water dragon. Plus there’s snakes everywhere.

Most notably the home of the Wookiee species, Kashyyyk is a jungle planet covered in giant trees.

MH: “It looks lovely. There are plenty of beaches to relax on if you want a bit of peace and quiet by the sea.

“If you want a bit of alternative culture, the Wookiees are there. They’re also strong craftsmen and carpenters, so if you have good relations with the Wookiees you’re going to have decent lodgings.

“If you can get on the Wookiees’ good side, I think Kashyyyk could be pretty cool to live on. If you get on their bad side, you’ve got an entire planet of 8ft tall, hairy wrecking machines that will tear you to pieces.

“There’s also a lot of strange species – massive spiders and huge slugs, but overall I think the pros outweigh the cons.”

The Batman: Intriguing Comments Hint at ‘Original’ Take on the Dark Knight
February 22, 2019