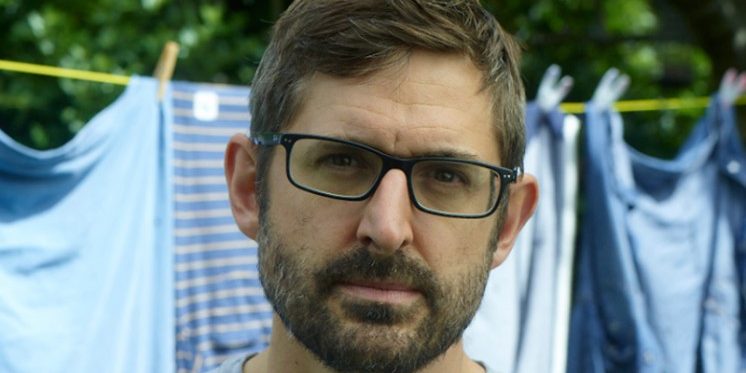 Louis Theroux is an entertaining journalist that has developed a cult-like following over the years due to the success of his documentaries. It would be hard to find many people online who don’t have a soft spot for the lanky Englishman. His awkward presence and unusual interviewing style are a joy to watch! Theroux’s ability to ask tough questions politely and witty humor always makes me chuckle!

Scientology is a subject that has fascinated Louis Theroux for years. A religion created by a science fiction writer, and run by a mysterious leader, David Miscavige. After multiple failed attempts to penetrate the world’s most secretive religion, he decided to use a different approach. He holds auditions to recruit actors to play the role of Miscavige and Tom Cruise, recreating scenes that allegedly took place within the church. The documentary features various prominent ex-members such as Marty Rathbun, Jeff Hawkins and Marc Headley. Not surprisingly the Church of Scientology refused to give Theroux any access and did everything they could to stop the release of the film. My Scientology Movie is available to watch for free on Dailymotion.com or you can pay to access it on YouTube.

Theroux travels to Bangkok to visit a marriage agency that specializes in helping Western men meet Thai women. His mission is to discover why thousands of guys travel to Thailand each year and why Thai ladies are obsessed with marrying foreign guys. Really interesting watch, Ronnie Conrad, the guy that runs the agency, is incredibly creepy!

Louis explores the Westboro Baptist Church, a controversial religious group known for their hatred of homosexuality and for picketing funerals of dead army veterans. He gets up close and personal with key members of the Phelps family in an attempt to learn more about their church. This BBC documentary is regularly voted by fans as his best piece of work. Since it was released nearly a decade ago, it would be interesting if he could film a follow up on the current state of the Westboro Baptist Church.

While people in the United States might not be aware of Jimmy Savile, he was once a famous television personality that abused hundreds of women and children. Louis was one of the rare few people who got a chance to gain an insight into his daily life before the truth became public. A compelling watch in retrospect as everyone was suspicious of his past but wasn’t convicted of any crimes at the time. At the time of filming Theroux was young and gullible, stating in recent interviews he felt he left Jimmy off the hook and could have asked better questions.

The City Addicted to Crystal Meth (2009)

This episode takes place in Fresno, California, a small rural town suffering from an epidemic drug problem. Louis interviews some crystal meth addicts and tries to understand how the drug gains such a strong hold over its users. A fascinating documentary that contains heart breaking personal stories.

Another controversial topic, this time Louis explored the world of Neo-Nazis in California. During filming, Theroux was completely out of his comfort zone and felt intimated by some of the interviewees. It didn’t help the fact that the Neo-Nazis suspected he was Jewish, and Louis wouldn’t disclose whether their instinct was accurate. Louis has the pleasure of meeting Tom Metzger, one of America’s most racist individuals.