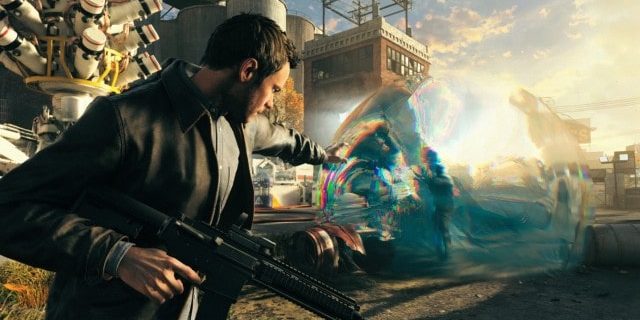 Sometimes the best things in life truly are free, and the same can be said of gaming. While it’s mostly the big-budget, expensive game releases that hog up all of the headlines, many of the ones that are truly worth playing don’t cost a penny.

This year has seen some truly spectacular releases of completely free computer games, ranging from remastered versions of vintage classics to expansion pack content and to bold and original indie games. Just in case you missed some of them, here are the best free PC games of 2018.

This one gets major points just for the developer’s knack for cashing in on the insane Fornite gold rush by releasing a free-to-play version of what might just be the world’s most popular game right now. For those of you who for some reason haven’t already downloaded it, Fortnite Battle Royale is a classic deathmatch style shoot-em-up which allows for up to 100 players at a time to enter an online arena and fight it out until only one gamer is left standing.

The game has already fostered a blossoming subculture and looks set to become one of gaming’s greatest icons. Not bad for a free game.

AdVenture Capitalist is part quirky idle strategy game part biting satire. In it, you’re simply an investor whose job is to navigate the well-known maze of modern capitalism to make your way to the top. This includes diversifying investments, hiring people to do all the work for you, bullying competition and lobbying the government.

Watching your earnings rack up as you quite literally play the system to make millions is extremely satisfying and very funny. It wouldn’t be the first time free online gaming has allowed you to make mega-bucks in some way or another with online casino platforms like the ones listed on Oddschecker letting you play online slots for free. The only difference is that the money you can win on the slots is real money for you to keep. The appeal of money-based games around the world is clearly not waning anytime soon.

Rift is the kind of MMORPG we’ve all been waiting for, one that finally takes on the likes of World of Warcraft, all while being completely free to download and play. The playthrough experience will be familiar to just about everybody; build a character, explore a magical world, fight boss battles, collect gold and weapons.

What makes Rift stand out from competitors is that the scale of the game is unlike anything we’ve seen before, with the playable world being bigger than just about any game out there. It’s also much more versatile, as you can change your character’s class and missions at the drop of a hat, meaning you aren’t locked into one particular gaming experience from the get-go. Definitely one of the best free releases in recent memory.

Dog of Dracula 2 feels incredibly generous for a free game. Set in a kind of Bladerunner version of Tokyo, your mission is to explore the seedy, cyberpunk backstreets in order to overthrow the boss of the mafia underworld. The graphics leave a little to be desired, but this feels like a genuinely cinematic strategy thriller game on par with some of the most expensive titles on the shelves right now.

It’s also jam packed with some very witty and dry pop culture references from the 1990s, meaning this will be an absolute joy for any millennial to play. You’ll complete it in just a few hours, but you’ll enjoy every second.

The nature of the gaming market means that there are quite literally thousands of completely free PC games out there right now, but these are the ones that are really worth your time.