Beck Will Open For U2 On Their ‘Joshua Tree’ Tour 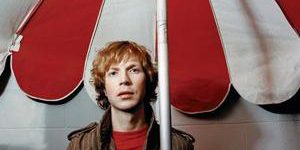 Fans of ’80s music have surely been excited about U2’s current Joshua Tree tour, wherein the iconic rock band have been playing their seminal album in its entirety for its 30th anniversary. However, while the lovable lads from Liverpool could surely have a lengthy concert all by themselves, they’ve brought openers on this tour with them. Previously, Mumford and Sons and OneRepublic have had the honor of opening for Bono and company. Now, the tour has something to offer ’90s music fans as well, as quintessential ’90s artist Beck will be joining U2 to open on a chunk of the tour.

Yes, the man who struck it big with “Loser” will be joining U2’s Joshua Tree tour. However, his career has been so much more than just that slice of ironic slackerdom. He released three top-notch albums in the ’90s, Mellow Gold, Odelay, and the best of the bunch, Midnite Vultures. Since then, though, he’s made a couple quieter records, including 2014’s Morning Phase, which won the Grammy for Album of the Year. After all, when you’re a 46-year-old man, a song like “Loser” just doesn’t flow out of you as readily.

Beck is joining U2 for the month of September, and he’s reportedly working on a new album to come out later this year. For music fans of a certain age, you can’t really do much better than “Beck opening for U2.”