‘Batman Ninja’ Is the Batman Movie We’ve Been Waiting For – Watch the Trailer! 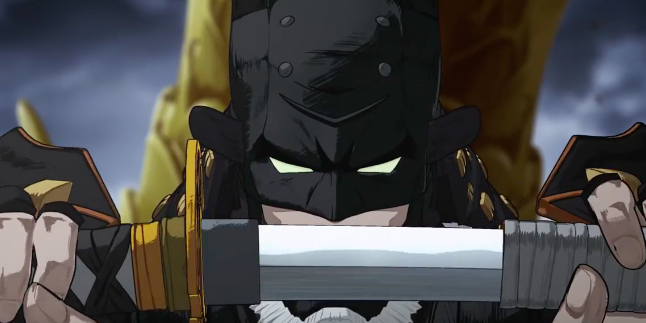 Well, this was unexpected. Hot on the heels of the underwhelming Justice League comes a trailer for a movie that makes Batman interesting again. Batman Ninja is coming to Japanese theaters in 2018, and though it isn’t in English, looks to be one of the best versions of the Dark Knight to grace the big screen.

Batman Ninja, created by DC and Warner Bros. Japan, introduces a Joker with the power to send Batman and his allies, including Alfred, Nightwing, Robin, and Catwoman, from modern Gotham City back in time to feudal Japan. Left without his gadgets or Bat-vehicles, Batman adopts the ways of the ninja to stop Joker and fellow villains such as Harley Quinn, Penguin, and Two-Face from rewriting history.

Check out the trailer with English subtitles here:

While Batman Ninja will be released to Japanese cinemas in 2018, expect a digital and Blu-ray release in the U.S. It’s directed by Junpei Mizusaki, whose previous directing credit is 2005’s Zoo, which was an anthology of live action and animated stories.

With a few exceptions (The Killing Joke…*cough, cough*), Batman’s animated outings have shown the character at its best. Here’s hoping that the Japanese-made Batman Ninja will revitalize a character whose big-screen rep has fallen on tough times over the last few years in the West.