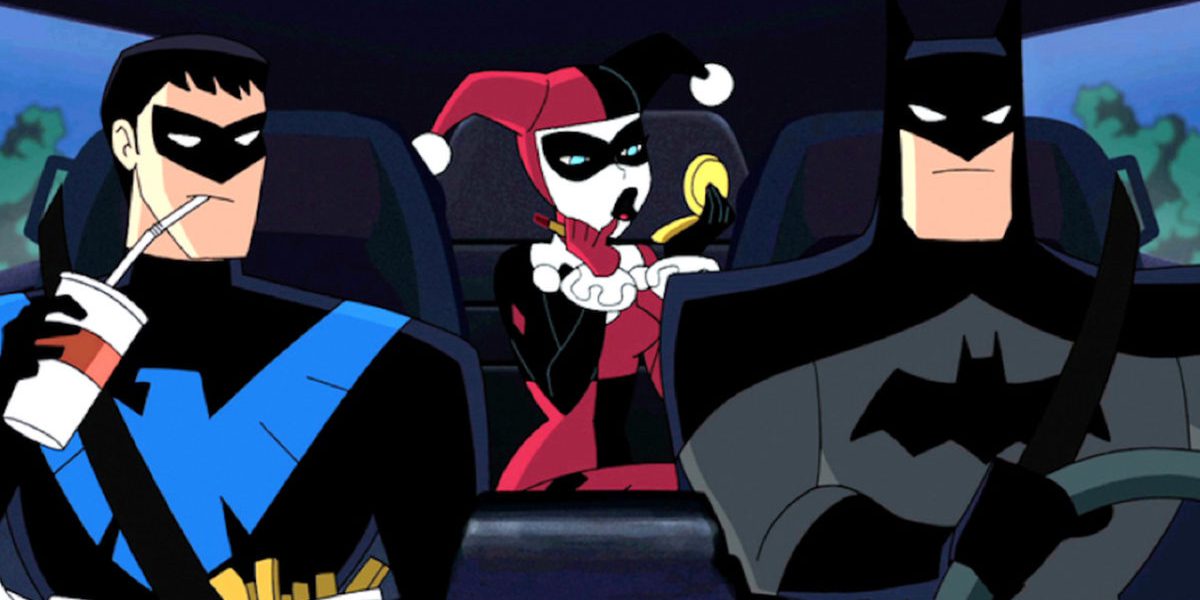 We’ve got live-action Batman, currently represented by Ben Affleck, and we’ve got LEGO Batman, but let’s not forget that we also have animated Batman. They quite frequently make movies starring the Dark Knight in animated form, generally in the straight-to-DVD (or VOD) realm. However, a couple recent Batman animated films, the very serious Batman: The Killing Joke and the very silly Batman: Return of the Caped Crusaders, have gotten brief big-screen runs recently, and another is joining the ranks. The upcoming Batman and Harley Quinn will be getting a one-night-only screening at theaters across the nation.

Batman and Harley Quinn will be released digitally August 15, but the night prior you will be able to check out the movie on the big screen thanks to Fathom Events. Starting June 30, you can go to Fathom’s website to find tickets at a theater near you. Kevin Conroy is, once again, voicing Batman, but he will be joined by Melissa Rauch as the voice of Harley Quinn. In recent years, Quinn has exploded in terms of popularity, so much so that she is now co-headlining an animated movie with Batman. She’s not even the villain in this film. In fact, Harley and Batman will be teaming together to take on Poison Ivy and Jason Larue.

If you want to watch Batman and Harley Quinn on a larger screen than say, your laptop, August 14 is your one big chance.