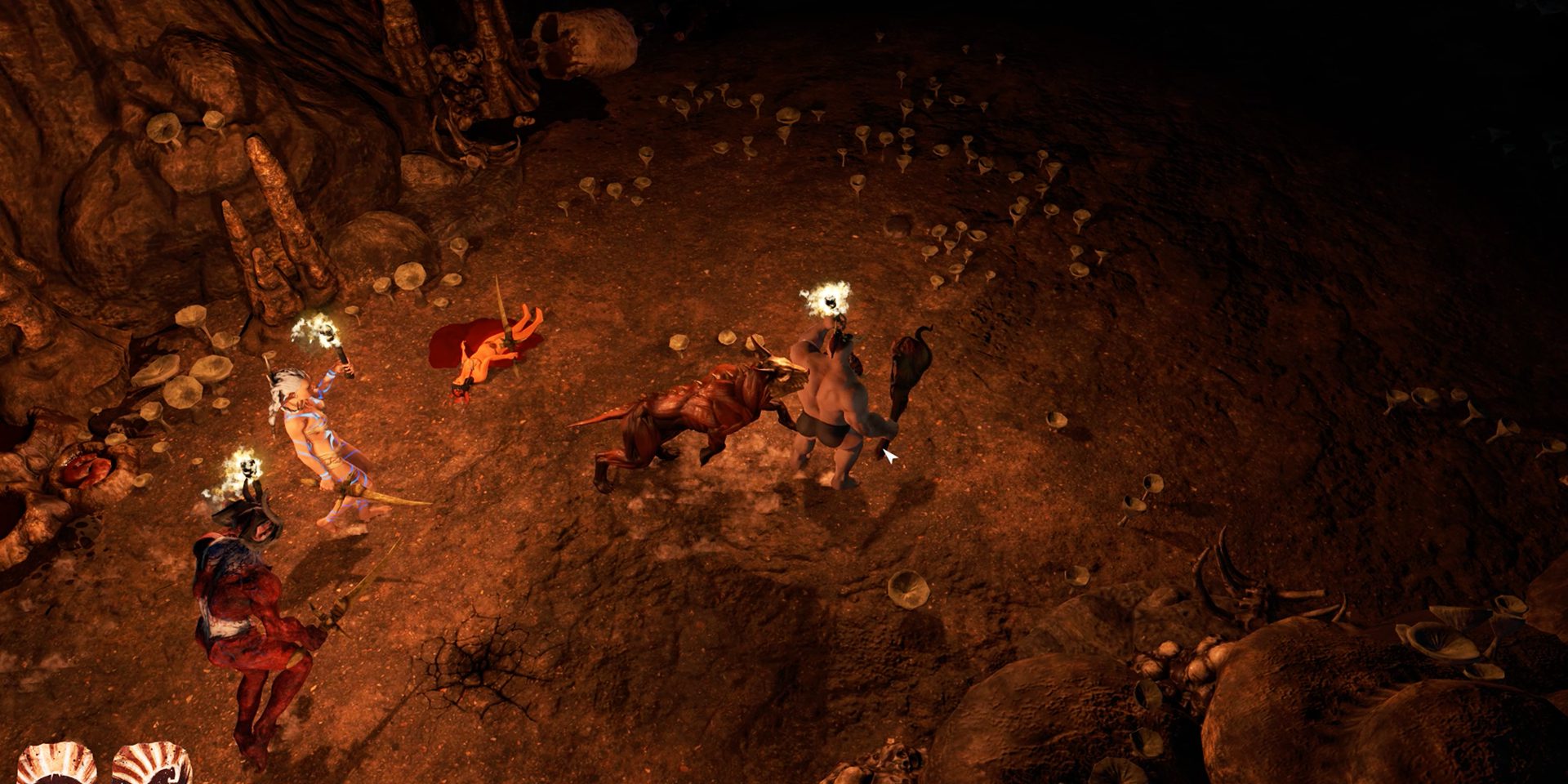 It seems like every developer and their dungeon-crawling grandma is throwing their hat into the roguelike ring these days, crafting games that fully embrace–or liberally borrow elements from–the hardcore genre. That’s not stopping Ignited Artists, however, from putting their own spin on permadeath and procedural generation with Barbaric.

The new studio, which counts former Activision Blizzard and Sega vets among their ranks, isn’t content to merely tweak the formula though, as Barbaric features a number of fresh ideas. Set in a grimdark fantasy world, the game’s shelving the usual hack-and-slash shenanigans for combat that’s heaviliy inspired by fighting games. Game Director Scott Foe elaborated on this approach in a recent press release: “Combat is the heart of every dungeon-crawler, but where can you find the best combat? Fighting games.” said Scott. “We tossed out everything from the classics and borrowed from fighting games to deliver the smoothest, most-thoughtful experience in the genre.”

Barbaric also features online co-op play for up to four brave heroes, but encourages friends to become foes when the stakes are at their highest. Players team-up–as one of eight distinct heroes–to explore, solve puzzles, and tackle the evil dwelling within the game’s procedurally-generated dungeons, but are free to turn on their buddies when a mission’s boss token goes up for grabs. The hero who claims the coveted coin might feel guilty about gutting their pals, but their devious actions will ultimately be rewarded with “powerful loot.”

Barbaric‘s brutal, back-stabbing brand of dungeon-crawling is due to hit Windows PC via Steam sometime during 2017’s fourth quarter.