Which Avenger Fits Your Gaming Style? 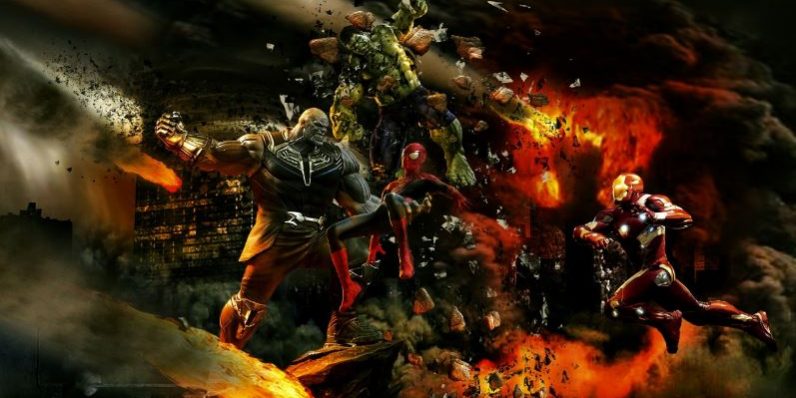 As a gamer, it’s easy to pick your hero and adapt your gaming style to theirs. But who would you choose? In the gaming world, you can assume larger-than-life proportions, steamroll your opponents, and hover above the city’s skyscrapers with effortless ease. Which Avenger appeals to you most? Let’s explore several leading Avengers and how they would approach a situation.

Steve Rogers a.k.a. Captain America is a true anomaly among mankind. He was injected with a super serum which transformed him into a superhero. With incredible strength, rapid reaction times, and rapid healing, Captain America became the ultimate superhero. He was frozen in ice at the end of World War II and later revived to battle against the worst enemies the planet has ever known. Thanks to his Vibranium shield, Captain America is one of the most powerful of all the Avengers. He is a true leader, a team player, and an expert strategist. If you like to lead the way in your multiplayer games, set strategies, and take a leadership role, you likely have adopted the style of play that is Captain America. 300 Shields is a great slots game for Captain America’s style.

Thor would probably take umbrage at our classification of other Avengers being the most powerful and best suited for leadership abilities. Let’s be honest – the Norse god of thunder is legendary. You don’t get much tougher than Thor. As the son of Odin, he is power incarnate. Not only is he the protector of Asgard, he is a superhuman. His mighty hammer and his ability to summon the elements make him an indestructible force in the fight against evil. He is an immortal, and that puts him in the super leagues of superheroes. If you fancy yourself as a player with exceptional abilities, otherworldly skills, and the strength and fortitude to triumph against all adversity, your gaming style might very well be that of the mighty Thor. Next time you’re on an intergalactic adventure with Hall of Gods and Starburst, you may want to consider Thor’s approach.

The comic books have been around for eons, but most of us know Iron Man from the Iron Man and the Avenger series of movie, played by Robert Downey Jr.. Tony Stark a.k.a. Iron Man is the picture of success, confidence, and selfless service. Sure, he’s witty, arrogant, opinionated, sassy, and a little annoying at times. One thing we cannot find fault with is Iron Man’s ability to put himself in harm’s way for the good of mankind. When that suit comes on, he is a force of nature. A protector of mankind and a selfless hero who would stop at nothing even when he’s being pummeled into the dirt. Are you that type of hero? Is that how you play your games?

Many of us expected more from the Hulk in the last two Avenger movies. Unfortunately, the big, green, fighting machine basically stood on the sidelines while his teammates beat Thanos the supervillain down. Hulk is pure rage. Every time he takes a hit, his strength increases and his rage ratchets up a notch. Hulk first appeared on the scene in May 1962. Created by Jack Kirby and Stan Lee, the Incredible Hulk has been played by several actors over the years including Lou Ferigno in the TV series, Edward Norton, and more recently Mark Ruffalo.

Hulk is the insanely muscular version of David Banner/Bruce Banner, the esteemed scientist who was exposed to gamma radiation and became the Incredible Hulk. If your playing style is like the Incredible Hulk, you probably don’t have much strategy to your game plan. It’s just about beating your opponents into submission, bulldozing through obstacles, and fighting with blind fury until you cannot fight anymore. Lots of folks love this style, and with good reason.

Watching Doctor Strange in action is utterly spellbinding. He is a magician with abilities beyond human comprehension. After his car accident, Stephen Strange uncovered a safe by the name of Ancient One. He became an adherent of the mystic arts and unearthed sorcerer-style power that is the envy of his enemies. If your gaming style is such that you conjure up incredible defenses during your sessions of play, and your enemies are continually outfoxed by your strategic advances, you may well just be an adherent of the Doctor Strange school of thought. Games that may be suited to the Doctor Strange style of play include Shaman’s Dream, Temple of Iris and Gods of Gold.

There are many more Avengers whose personalities and fighting styles may be suited to your gaming needs. Rather than adopt a one-size-fits-all approach, it may behoove you to adopt an eclectic approach to your gaming. Sometimes you need the brute force of Hulk and Thor, at others you need the finesse of Black Widow, Wasp, and the accuracy of Hawkeye.