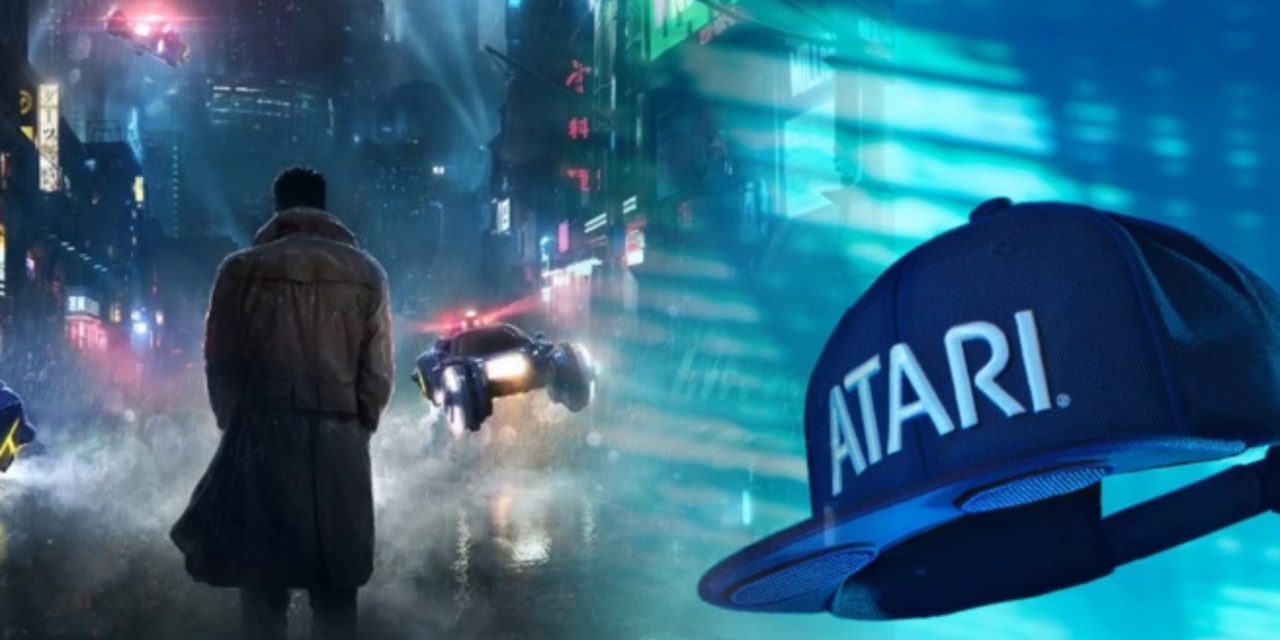 Atari and Blade Runner were two of the defining names of the early 80’s, immortalizing themselves in pop culture, even three decades later. And with the release of Blade Runner 2049 on October 6, Atari is bringing the future to 2017 with wearable tech products inspired by the film.

Atari announced today the establishment of a partnership with leading figure and collectibles manufacturer NECA to produce a series of wearable technology that embodies Atari as one of the world’s most iconic brands. Today marks the debut of Atari’s ambitious new line, with the first wave of the all-new Speakerhats, powered by Audiowear speaker technology. This fall, just in time for the film’s release, the Speakerhat will be joined by a limited edition Blade Runner 2049 version.

Atari’s decision to create the line came from the release of the film’s trailer. The film’s general aesthetic and the construction of the world in which it takes place borrowed heavily from Atari, resulting in an inundation of requests to the company to create Atari-branded Blade Runner merchandise.  “Blade Runner 2049 made a distinctive and memorable mark with its recent reveal trailer that skillfully captured and evolved the aesthetic presented in the classic original film. Atari was an enduring and essential element in the sequel filmmakers’ world-building,” says Joel Weinshanker, NECA COO. “The minute the new trailer hit, we started getting requests for Atari-branded BLADE RUNNER 2049 products and knew we’d need to partner with Atari to satisfy the countless joint fans of both franchises.”

The Speakerhat appears as a rather ordinary baseball cap with the Atari logo embroidered above the bill. But tucked away underneath is a high-fidelity stereo speaker system and microphone, powered by Audiowear’s next-generation hardware, with Bluetooth capabilities to link to any enabled device. Wearers will be able to stream music, make and take phone calls, and use voice control, making it perfect for gamers, skaters, sports fans, and all other active consumers. In Multiplayer Mode, multiple Speakerhat wearers will be able to listen to a single audio stream in perfect, simultaneous synchronization – so no more sharing headphones.

The Limited-Edition Atari Blade Runner 2049 Speakerhat is the first of a series of Atari-branded products that includes other high-tech wearables and apparel  You can enter for a chance to win an Atari Speakerhat by liking them on Facebook. For more news and updates, visit AtariLife.