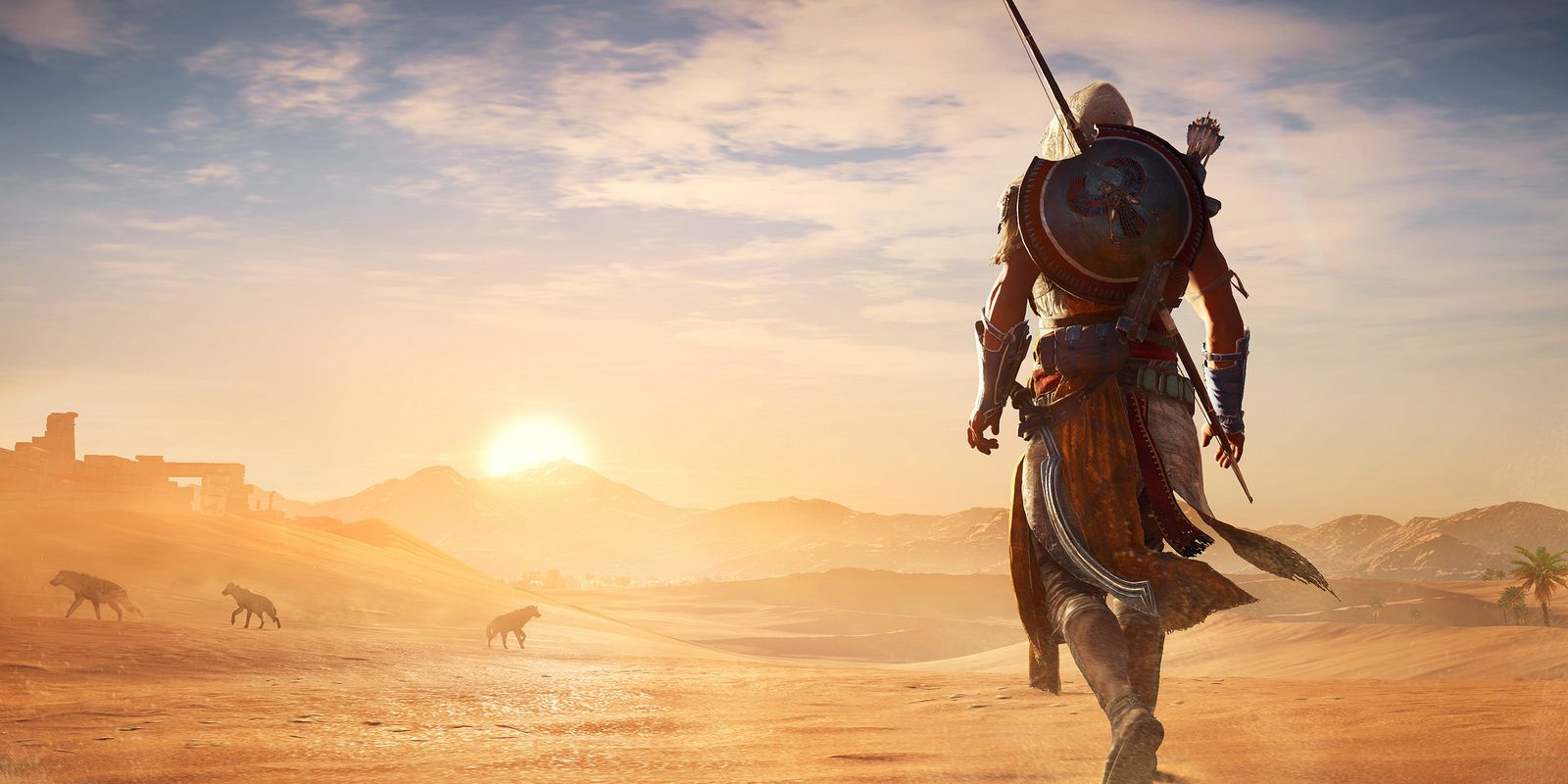 Assassin’s Creed Origins takes place in Ancient Egypt, so get ready to uncover lost tombs, explore the pyramids, and discover the secrets of mummies. Assassin’s Creed Origins open world of Ancient Egypt is one of the most beautiful open worlds created by Ubisoft Montreal. It’s more than just a new world – it’s a fun game with plenty to explore, and storylines that will keep you hooked for hours.

In Assassin’s Creed Origins, you take on the role of Bayek, the last representative of the Medjay, who is on a personal mission to hunt and kill his enemies that took the life of his young son. Leaving his home in Siwa, Bayek makes his way across Egypt. He’ll meet with historic figures such as Cleopatra, Ptolemy XIII, and Julius Caesar, who are in an epic war for power. Bayek explores Northern Africa, where he’ll steal loot, and slay figures in the open world of Egypt.

Even while facing tragedy, Bayek has the ability to crack jokes, which makes him an even more lovable character. He’s also one who doesn’t mind helping others in need. But don’t get him wrong – he’s still ready to seek revenge on those who have gotten in his way.

Origins features more powerful enemies, the Order of the Ancients, a group that has combined their forces to take power by any means. You’ll find these enemies acting in the shadows and through a young pharaoh in Ptolemy XIII, forming a secret society responsible for the oppression that spreads throughout Ancient Egypt. This group of high-powered figures exerts control to keep peace, but they’ll also kill anyone who gets in their way. That means no one is really safe around the Order of the Ancients.

Assassin’s Creed Origin’s combat system has been improved compared to other games in the series, though some of the changes can be problematic. The new combat system works best when fighting one-on-one, rather than fighting in large groups of enemies. The stealth system can also be slow due to unresponsive controls, which can be frustrating. It’s best to stay close to the ground, use an eagle-eye to make your next move, and take down both weak and powerful enemies.

When his adrenaline is at its highest during combat, Bayek can unleash devastating attacks to kill most of his enemies, making him a hell of a lot stronger.

Assassin’s Creed Origins is proof that Ubisoft Montreal did extensive research to bring Ancient Egypt to life. Even with technical issues, Origins offers an exciting new open world to explore, engaging gameplay, and powerful graphics. Whether you buy Assassin’s Creed Origins for PlayStation 4, Xbox One, or PC, you’ll love exploring the beautiful world of Ancient Egypt.