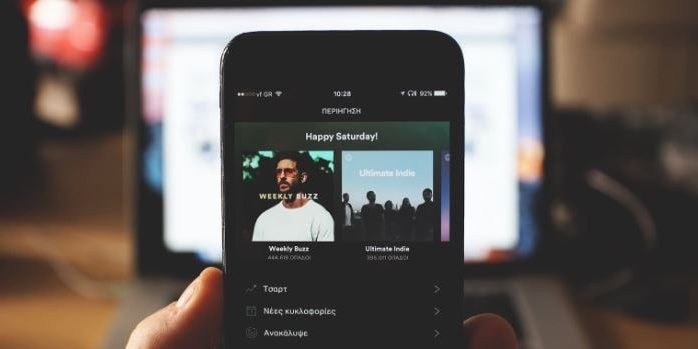 Spotify has become one of the most popular music streaming channels available online. It’s like a social media network for emerging artists, popular artists, indie musicians, and just about any type of musical artists. For the millions of subscribers, Spotify is like a treasure trove of great music and sounds. It has an extensive collection of international, regional, and local music.

For artists, Spotify is a way of freely expressing their musical art, getting wider exposure for their music, and connecting with more listeners and followers. With Spotify playing an important role as a channel for musicians, one might wonder if artists actually buy Spotify plays. Read on as we explore how artists interact and make use of Spotify.

Regarding the question about artists buying Spotify plays, the answer is yes, but not all of them. Hitmakers and popular artists mostly don’t see the need to buy Spotify plays, but there are some occasions where they coordinate with a certain resource for buying Spotify plays and streams to promote their upcoming albums, singles, or concerts. It’s their way of promoting their music by offering payments for the first few subscribers who listen to their songs. It can also be considered as a publicity gimmick to get a bigger crowd excited about their projects. Nevertheless, these rare events also benefit Spotify subscribers, as most popular artists pay handsomely for their promotional schemes.

Artists Use Spotify to get their Big Break

Struggling musicians and artists are turning to Spotify as a way of getting their big break in the music industry. Using traditional promotion channels such as getting airtime for their music on the radio is no longer very effective in getting their careers off the ground. Spotify is a popular streaming service that can give artists the exposure they need by not just limiting their musical reach to a particular segment of listeners, expanding their impact to a larger and more diverse audience. Another advantage of Spotify is the ease of access and relative freedom of control over the music they listen to. They can listen to any track they like as often and as long as they want, which can give more stream time for artists who want to make their big break. Buying Spotify plays can be also used to help boost music promotion, but it should be used sparingly if artists want to gain real fans and a solid fanbase.

New artists struggle with getting their music noticed, but technology has given them various ways to get their musical careers on the road. Any project, musical ones included, can be relatively difficult if it starts from scratch, but the sense of accomplishment and fulfillment gained once it becomes successful is priceless. Spotify has various features that can get your music streamed in no time. New artists with record labels or indie artists who are unsigned can submit their music to Spotify, get a Spotify Artist Profile, and advertise on Spotify. Buying Spotify plays is often frowned upon because it doesn’t have any real benefits for the artist, and it can affect their reputation as well.

However, there are some benefits to doing so. If you buy Spotify plays for a select number of people, like a well-known artist, a social media influencer, or a trending vlogger, you are giving your music and artist profile a big boost. Of course, this practice should be your main method of gaining stream time and followers. Nothing beats getting real followers and real organic plays and streams.

Artists Get Paid When their Songs Get Played on Spotify

Spotify offers payouts to artists every time their songs are played on Spotify. Due to a large number of registered artists on the site, the payout isn’t that significant – ranging between $0.006 and $0.0084. However, the exponential number of subscribers and the unlimited number of times they can play their favorite songs can make up for those numbers and still get artists a decent number of streams, which can convert into a lucrative payout. Some artists may buy a few Spotify plays to get the hype started on their music, and it can be well worth it if their songs make headway to a high streaming number. More than the payout, artists are more focused on improving their artistic projects, getting a solid fan base, and establishing a strong musical reputation.

Online music streaming platforms like Spotify have helped musical artists all over the world in getting their music heard. It continues to open doors toward musical success for struggling and up-and-coming artists alike when it comes to expanding their popular appeal and growing their fan base. New and independent artists have made Spotify their stepping stone to success by getting the push they need to be heard and noticed. Buying a few Spotify plays can be useful in some way, but using it to gain followers and get to the charts is a counterproductive effort. That said, Spotify is indeed a wonderful channel for collaboration and interaction between artists and millions of music lovers around the world.

6 Celebrities Who Started Off As Buskers!
February 9, 2018