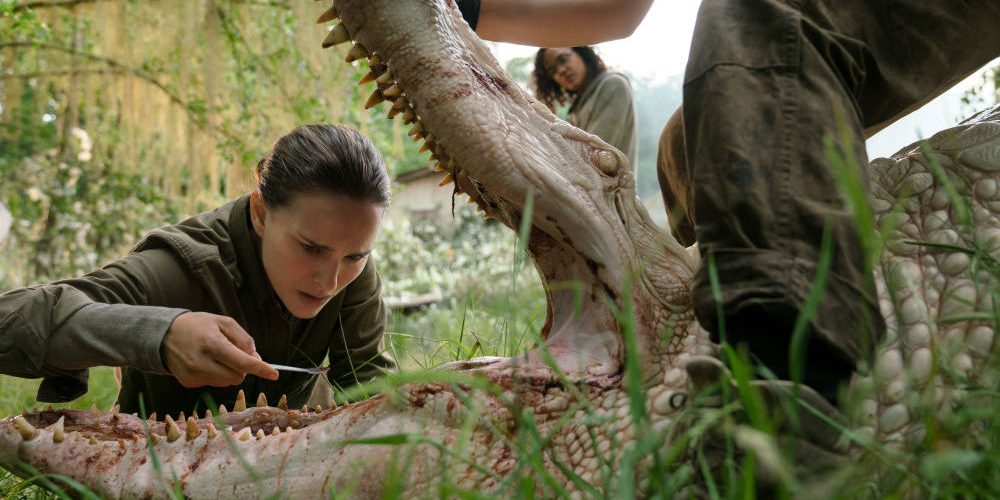 What happens in the film? Annihilation follows the story of a biologist, played by Natalie Portman, who goes on an expedition searching for clues about her husband’s disappearance.

Annihilation will be released in theaters, but was reported that Paramount was negotiating a deal that will give Netflix rights to steam the movie internationally, according to Deadline.

In an interview with Entertainment Weekly, director Alex Garland said Annihilation was made for a theatrical release.

“Well, it was made for theatrical release,” director Garland said. “It was made with the intention of seeing it in a cinema, and so it was kind of dismaying, and disappointing, that it wasn’t felt that that was the right way forward. But you know, it is what it is. There’s pluses to it. Netflix reaches a lot of people. You don’t have the grief of that terrifying opening weekend, and people talking about box office, or whatever. I don’t know. I guess what I feel is, it is what it is, and I know the film’s being released theatrically in America, and I’m really happy about that. After you’ve made a film, mainly what you hope is just that people will dig it. [But] in my opinion, the right place to watch it would be a cinema, because that’s how we made it, that’s what we made it for.”

Annihilation hits theaters on Feb. 23, 2018. Watch the new trailer for Annihilation below: