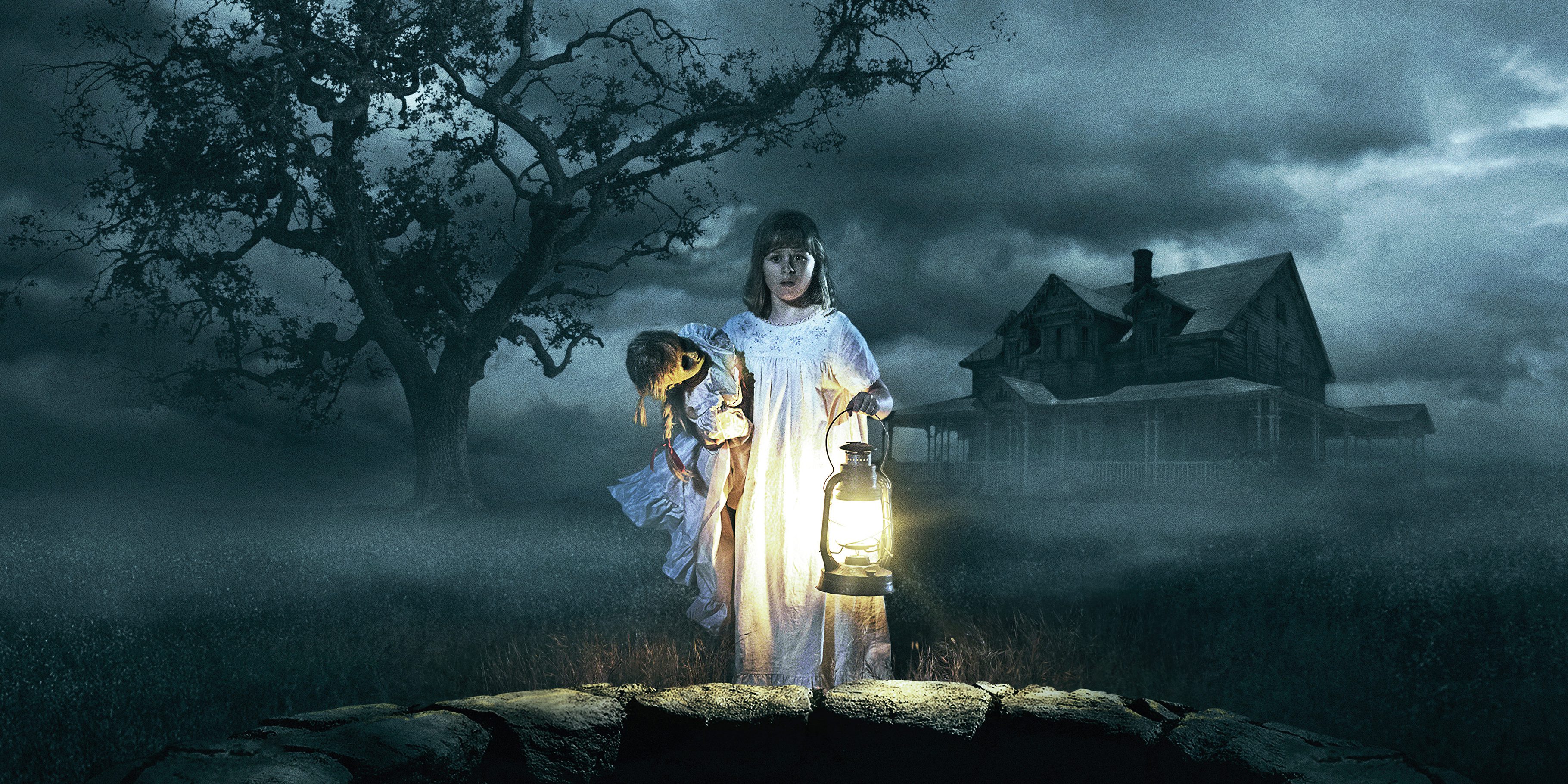 Let’s face it, dolls are creepy. That’s why dolls have made it into so many of the best horror movies, such as Amityville Dollhouse, Child’s Play, and Black Devil Doll from Hell.

Directed by David F. Sandberg, Annabelle: Creation, takes place several years after the tragic death of their daughter, Annabelle. Dollmaker Samuel (Anthony LaPaglia) and Esther Mullens (Miranda Otto) invite several girls from a shut-down orphanage into their home. It doesn’t take long before the the girls become the target of the dollmaker’s possessed creation, Annabelle.

Sister Charlotte (Stephanie Sigman) and Janice are the first to experience paranormal activity in Annabelle: Creation. Janice feels there is something lurking in the shadow behind her. Being woken up in the middle of the night, Janice finds a note on the floor of the bedroom that says, “find me.” Another note says, “in here,” in front of Annabelle’s old room.

The door unlocks inviting Janice into Annabelle’s room. Should she go inside? “Forgive me father. As I’m about to sin,” Janice says. She then finds herself staring at the face of the dead girl, Annabelle. Before it’s too late, Janice bolts out of the room in fear.

The next day, Janice confesses to Sister Charlotte that she had sinned. “I have a sin to confess. Forgive me Sister Charlotte for I have sinned. It’s been two weeks since my last confession. There’s this room upstairs that we’re not allowed to go into. The door was already open but I don’t know how because Mr. Mullins always keeps it locked. When I went inside there was this little dolI. It was really strange. Weird things started to happen.”

Visiting Annabelle’s room, once again, Janice finds herself facing the dead girl. “Hi, you’re the Mullin’s daughter, aren’t you? What happened to you?, asks Janice. “Will you help me?” the ghost asks, to which Janice responds, “What do you need?” “Your soul!” screams the scary ghost as she chases the handicapped girl around the house.

Soon after, the orphan girls become the target of the dollmaker’s possessed creation, Annabelle.

After watching Annabelle: Creation, you’ll get the feeling that something is lurking in the shadows behind you. And may possibly be after your soul. David F. Sandberg has turned Annabelle Creation into one of the best horror movies of 2017.