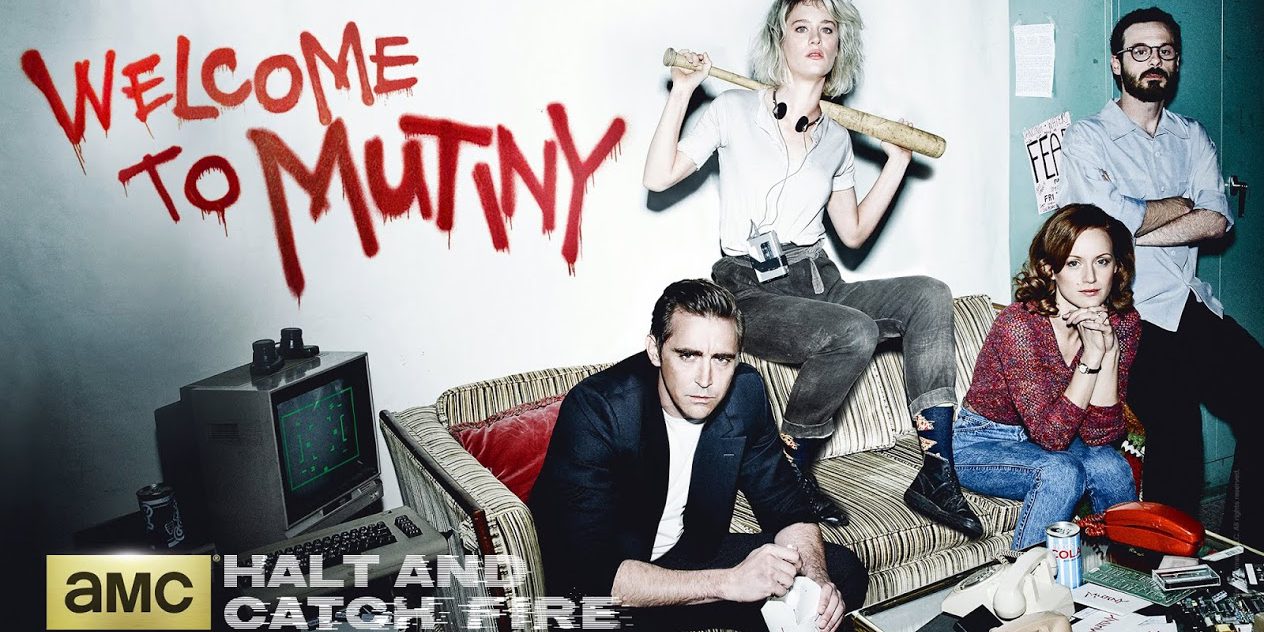 You may have read some TV critic types talking about the upcoming fourth, and final, season of AMC’s Halt and Catch Fire. Despite that, there is also a good chance you’ve never seen the show. This has been the nature of things for the show for the last couple of seasons. Critics love Halt and Catch Fire. They write articles expounding upon the virtues of the show, and how more people should watch it. Then, nobody really watches it. The ratings have never been good. Halt and Catch Fire has only gotten its last couple of seasons due to the critical acclaim, and due to the changing landscape of television. That being said, there is a reason critics feel the need to proselytize for Halt and Catch Fire, and it’s because it’s a genuinely good and interesting show that deserves a greater audience.

Halt and Catch Fire is a unique show in terms of its setting. It takes place in the ’80s and ’90s in the world of software and computers. The characters find themselves on the frontier of every new development in the computing world, something even leading the way. The main characters are Joe MacMillan (Lee Pace), a “big picture” businessman who doesn’t have the chops to do the legwork himself, Gordon Clark (Scoot McNairy), a brilliant but embittered engineer who feels like he hasn’t gotten what he’s deserved, Cameron Howe (Mackenzie Davis), a young, punk rock programmer with an uncompromising attitude, and Donna Clark (Kerry Bishe), the (now ex) wife of Gordon, but a smart and talented woman in her own right.

The main actors are all really good, particularly McNairy and Bishe. The show has a cool, retro look, they pay a lot of attention to period detail, and the music is pretty awesome. Every critic will tell you that the first season had some issues, and you aren’t going to get a different argument here, but the show has been really good for a while now. Fortunately, the show is getting a chance to end on its own terms. The fourth season of Halt and Catch Fire begins with a two-hour premiere Saturday, August 19. You don’t have the time to catch up with the first three seasons before it starts, but if you think a show about the world of ’80s computers sounds interesting, you should definitely try and catch up with the series at some point. If you are all caught up on Halt and Catch Fire, well, now you know to tune in Saturday for the fourth season.