AirSelfie: This Drone Wants You To Forget The Selfie Stick 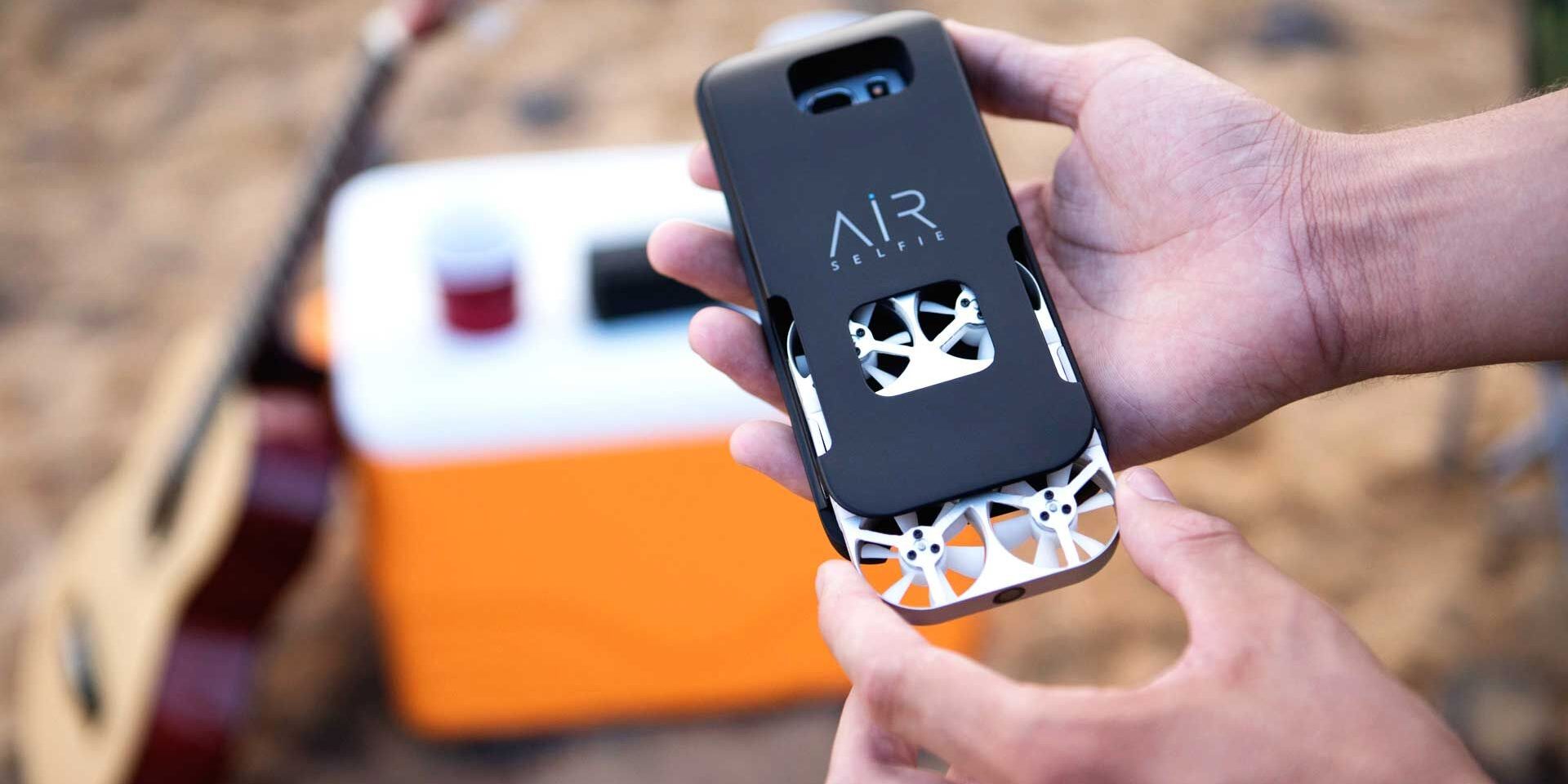 Meet AirSelfie, a pocket-sized flying camera that captures HD photos and videos in midair. If its creators have their way, it’ll make you forget all about the selfie stick.

The AirSelfie drone was created because of the lack of drones dedicated to the selfie world. “The market didn’t offer true portable solutions for aerial pictures; that’s where the idea was born. Due to its incorporated propellers and its slim and compact design, AirSelfie can be truly portable and used anytime and anywhere,”Edoardo Stroppiana, co-Founder of AirSelfie, told TechieGamers, “There is also no need to use any additional remote control because your phone is the only other piece of equipment used to direct the flying camera.”

How does it work? The AirSelfie is integrated into your smartphone case; simply remove it and turn it on. Your flying camera can then be controlled via a companion smartphone app connected through its self-generated WiFi, allowing you to see exactly what your pictures or videos will look like.The intuitive controls make it easy to adjust the camera’s flying height, angle, position, movement, and field of view. It also offers three different flying modes, from beginner pilots to more advanced pilots.

Which is the best mode for taking selfies? Stroppiana highly recommends using the Selfie motion control, because it’s the most innovative control system for the AirSelfie. “It could take a bit in training, but it’s easy to learn and I find it to be the most fun way to operate the AirSelfie,” said Stroppiana. Once you’ve checked out your photos and videos, you can share them instantly on social media with your friends and family members.

The AirSelfie works with most smartphones, including iPhone (6/6 Plus, 7/7 Plus), Samsung (Galaxy S7 Edge), and Google Pixel. The cover acts as a charger, so it only takes 30 minutes to charge your flying camera.

Like most drones, you should test the device indoors to get used to flying the device. “We recommend staying away from areas that are too windy, since the device is very light,” said Stroppiana.

The AirSelfie costs $299.99 and is on sale at Amazon, Best Buy, Brookstone, and all b8ta stores.