‘Age Of Empires IV’ Has Been Announced 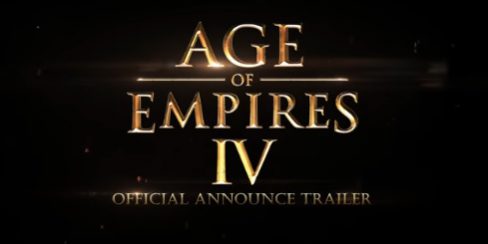 It has been 12 years since Age of Empires III was released. Since then, several special editions of their old games have come out, but there hasn’t been a direct continuation of the Age of Empires universe. That ended Tuesday, with a big announcement at Gamescom. Age of Empires IV is coming.

If you have ever played computer games, you’ve probably played an Age of Empire game. Only Oregon Trail is more ubiquitous. They are real-time historical strategy games wherein you, well, build an empire. Over time, the different games have focused on different time periods. The first game went from the Stone Age to the Iron Age, the second was set in the Middle Ages, and the third was set during the age of colonization.

We don’t have much detail about Age of Empires IV yet. The announcement trailer featured samurai, Redcoats, Native Americans, and gladiators, just to name a few. However, since this is the first Age of Empires game since 2005, it’s still an intriguing announcement. One imagines the quality of the gameplay, and the graphics, will be greatly increased.

On top of that, they announced the release date for Age of Empires: Definitive Edition, one of those aforementioned spinoffs. It’s coming out October 19. Hopefully that can tide you over until Age of Empires IV comes out. Hey, you’ve waited 12 years. You can wait a little longer.