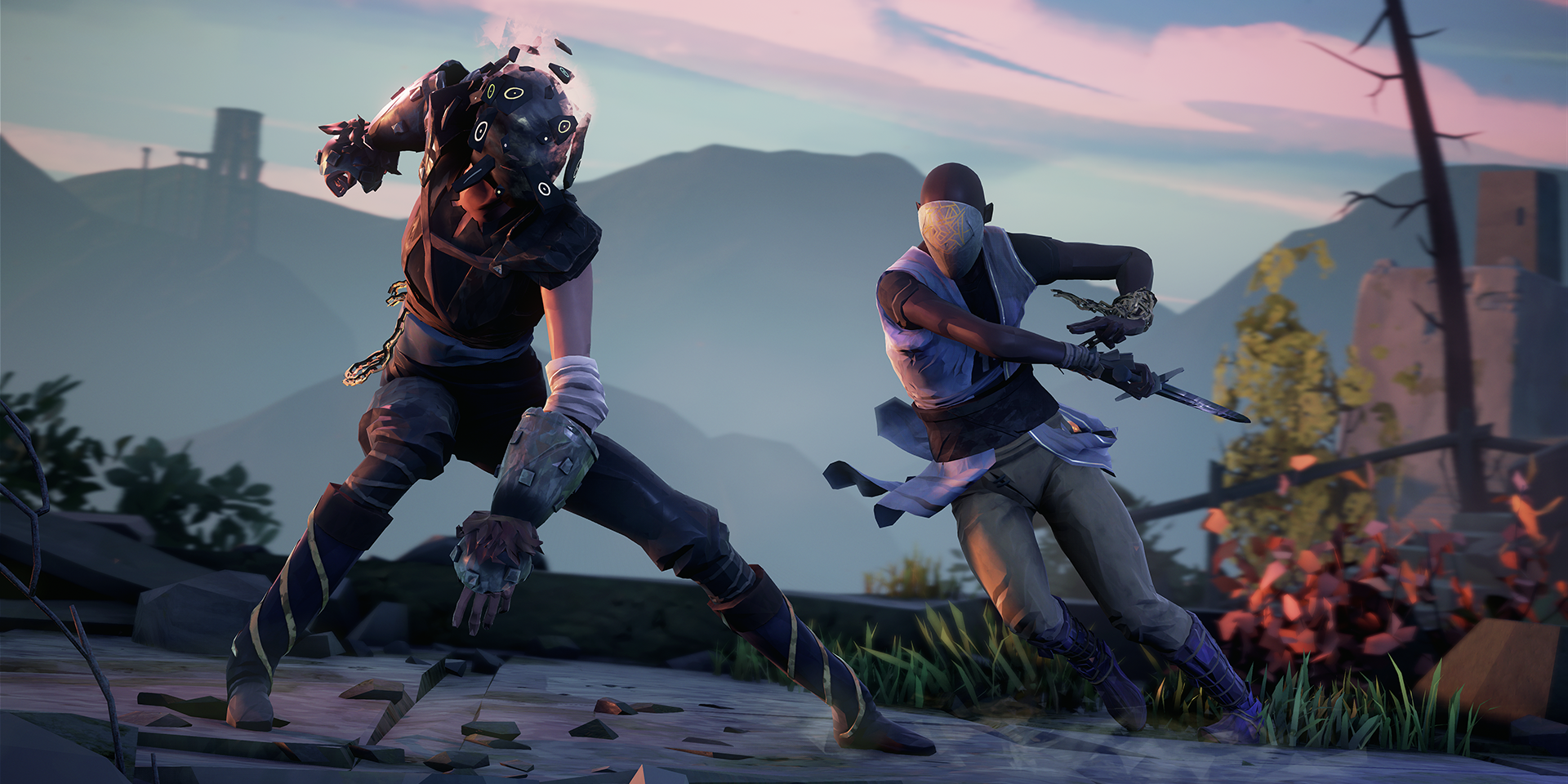 Since its reveal at E3 2106, indie developer Sloclap‘s and publisher Devolver Digital‘s Absolver has been garnering all kinds of buzz–not to mention a few awards–for its unique take on the fighting game genre. The online combat game puts players under the menacing masks of Prospects, agile whoopers of backsides who’ve taken a sacred vow to, well, whoop backsides in order to maintain order and stability in an increasingly chaotic world. Absolver aims to separate itself from the fist-to-face pack by allowing players to choose and customize their own gut-pummeling style by crafting personalized “Combat Decks.”
The game’s earned quite a dedicated following ahead of its August 29th release, and now those fans can get their bloody mitts on a pair of bonus-packed preorder options. Starting today, combatants that preorder Absolver on PlayStation 4 or PC will receive ten percent off the game’s $29.99 base price, plus a pair of in-game goodies, the Labyrinth Prospect mask and Uring Priest gear set.
More hardcore pugilists might want to opt for the limited, physical Absolver Collector’s Edition from Special Reserve Games. The $74.99 option includes a premium, wearable Prospect mask with display stand, a 52-page “The Art of Absolver” book, a sticker pack, and a PlayStation 4 disc or PC Steam code.
(Visited 327 times, 1 visits today)
Share this post
Share with FacebookShare with TwitterShare with PinterestShare with Google+Share with LinkedIn