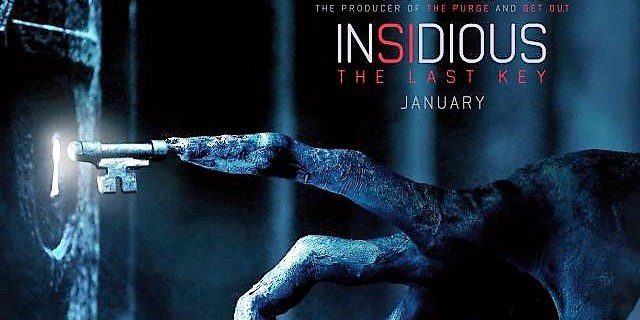 January is going to be another busy month for moviegoers, espcially horror movie fans. New movies hitting theaters in January include Day of the Dead: Bloodline, Den of Thieves, Forever My Girl, Insidious: The Last Key, 12 Strong, Paddington 2, and The Strange Ones.

Day of the Dead: Bloodline

Day of the Dead: Bloodline, which hits theaters on January 5, 2018, is a remake of George A. Romero’s classic 1985 film. Directed by Hector Hernandez Vicens, this movie is about a group of military personnel and survivalists as they try to find a cure in a world run by zombies. The horror film stars Sophie Skelton, Jonathan Schaech, Jeff Gum, Marcus Vanco, and Mark Rhino Smith.

Den of Thieves, the action film that stars Gerard Butler and a cast that includes Curtis ’50 Cent’ Jackson, has been set to be released on January 19, 2018. The story follows a successful group of bank robbers as they plan an impossible heist on the Federal Reserve Bank in Los Angeles, CA.

In Forever My Girl, Liam Page (Alex Roe) plays a country music superstar who left his bride, Josie (Jessica Rothe), at the altar to choose fame and fortune instead. He unexpectedly returns to his hometown to attend the funeral of his high school best friend, but he’s suddenly faced with the consequences that he left behind. Forever My Girl hits theaters on Jan 19, 2018.

Directed by Paul King, Paddington 2 is the sequel to the 2014 family hit film Paddington. Paddington 2 finds Pattington happily settled with the Brown family in Windsor Gardens, where he has become a popular member of the community, spreading joy wherever he goes. He’s on the search for the perfect present for his Aunt Lucy’s birthday, when he is wrongfully convicted for a crime he did not commit. Paddington 2 hits theaters on Jan 12, 2018.

In Proud Mary, Taraji P. Henson plays a successful hit woman working for an organized crime family in Boston. However, her life gets turned around when she meets a young boy whose path she crosses when a professional hit goes wrong. The film stars Billy Brown, Danny Glover, Neal McDonough, Xander Berkeley, and Margaret Avery. Proud Mary will be released in theaters on Jan 12, 2018.

Chris Hemsworth (Thor) and Michael Shannon (Revolutionary Road) star in 12 Strong, a new war drama from Alcon Entertainment, Black Label Media, and Jerry Bruckheimer Films. 12 Strong is based on the best-selling book Horse Soldiers and tells the story of heroism based on true events that unfolded a world away in the aftermath of 9/11.