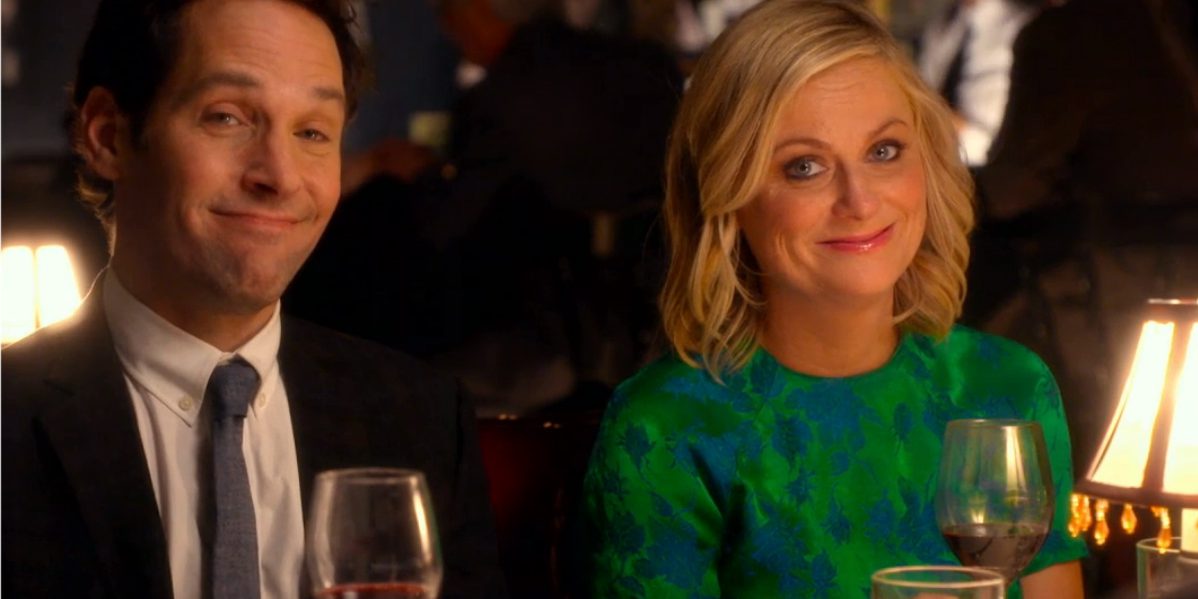 On Friday, Netflix dropped their latest original series, Wet Hot American Summer: Ten Years Later. Well, you could view this is as a new series, or as a second season of Wet Hot American Summer: First Day of Camp. However, First Day of Camp was a prequel to the 2001 cult classic, while this new series pays off a joke from the end of said film. Regardless, the whole Wet Hot universe is built around the comedic sensibilities of the former members of The State, particularly David Wain and Michael Showalter. Thanks to the original film finding a cult audience, to the degree they managed to turn it into a couple of Netflix shows, people are well-versed in Wet Hot American Summer. There’s another Wain and Showalter film, though, that is not as well-known, even though it’s just as funny and stupid. That movie is They Came Together.

Like Wet Hot American Summer, They Came Together was directed by Wain and written by Wain and Showalter. While Wet Hot is a parody of ’80s summer camp comedies, They Came Together is a spoof of romantic comedies. The film stars Wet Hot alumni, and massive movie stars, Paul Rudd and Amy Poehler as a couple who, well, go through every trope of romantic comedies. Rudd’s Joel works for a big corporate candy company that is trying to put Poehler’s Molly’s quirky little candy shop out of business. The film is absurd, silly, and sometimes dumb, but overall it’s really funny. If you have ever seen a romantic comedy, even by accident, you can appreciate They Came Together.

You should definitely check out Ten Years Later, because it’s assuredly going to be funny and goofy, but if you have the time, track down They Came Together as well. It deserves as much recognition as Wet Hot American Summer, and perhaps more.