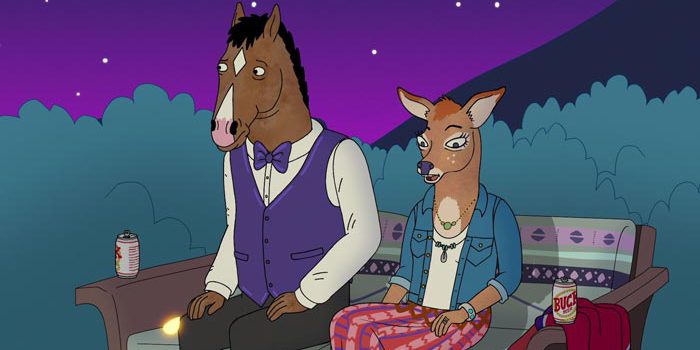 BoJack Horseman may be a cartoon about a talking horse, but it’s also one of the bleaker TV shows out there. BoJack is an actor on the rocks, which has led to an awful lot of discussion of depression and addiction, but in a world where animals talk and some genuinely silly things happen. It’s a truly unique show, featuring a fantastic voice cast including the likes of Will Arnett as the titular BoJack, along with Alison Brie, Paul F. Tompkins, and many more. The show has aired three seasons thus far on Netflix, but a fourth season is on the way. We now know when that fourth season is going to happen as well.

The fourth season will drop September 8. As is the case with almost every Netflix original, all the episodes will arrive at the same time. That’s the perfect excuse to binge watch a show about a depressed horse who used to act in a sitcom. Doesn’t that sound like fun? Granted, the third season of BoJack Horseman ended in a slightly upbeat place, especially for this particular show, but that might not stick.

This is the sort of idiosyncratic project that Netflix was made for, even if it certainly isn’t to everybody’s tastes. Not everybody wants watch a horse deal with alcoholism, after all.