In heartwarming news of the day, Koei Tecmo has announced the upcoming release of Blue Reflection, a new Japanese RPG from developer GUST Studios that will be set in an all-girls high school in modern day Japan. It will be launched on September 26, 2017 on PlayStation 4 and Windows PC via Steam.

Blue Reflection will take place at Hosinomiya Girls’ High School, where you will assume the role of student Hinako Shirai. After a tragic accident, her dreams of becoming a ballet dancer come to an end and she closes herself off from the rest of the world. It’s only when she meets her new best friends, sisters Yuzuki and Lime Shijou, that her life begins to change. 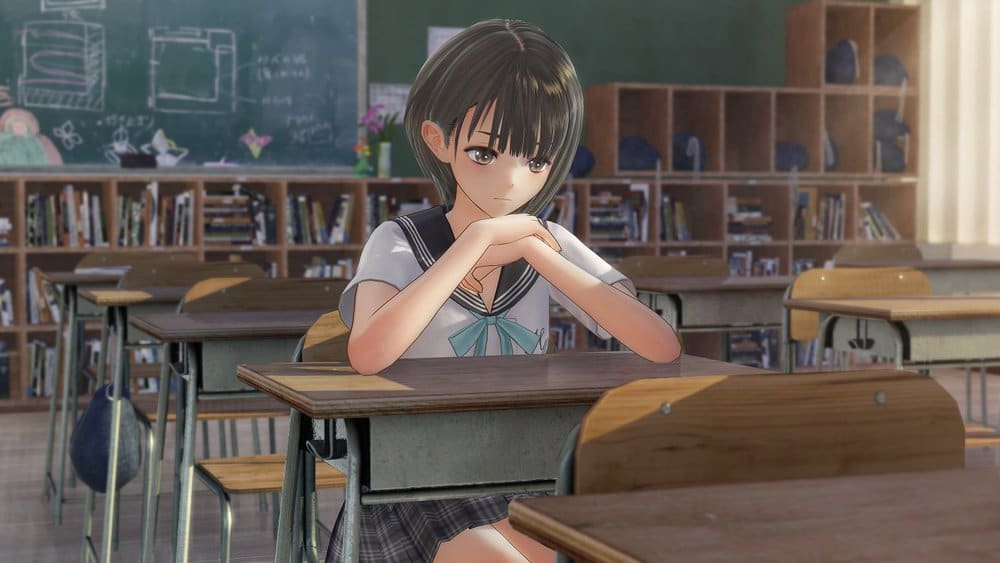 Hmm…I’m sad and reflecting on my life. This must be a Blue Reflection.

It turns out that the twin sisters grant Hinako with the power of a Reflector, a champion who can manipulate a mysterious parallel dimension known as The Common. (Because this is Japan and I’m sure this sort of thing happens all the time.) This ability allows Hinako to freely move and shape The Common realm’s beauty with her imagination. But, of course, not everything is rainbows and unicorns in The Common, and Hinako will be forced to do battle.

Koei Tecmo isn’t revealing any details on the combat mechanics or gameplay in the U.S. release of Blue Reflection just yet, but will over the next few months. However, since the game was released earlier this year in Japan, we know that it will follow a day cycle in which Hinako alternates between the classroom and The Common and that battles will see Hinako fight alongside her friends and will be turn-based. There probably won’t be any significant changes made to the U.S. version beyond routine localization.

For now, we’ll have to just enjoy these screenshots of Japanese schoolgirls being best friends forever.

“I know we’ve just met, but I can tell we’re going to be best friends and travel to a different dimension to fight monsters together.”

Chuck Osborn is a lifelong gamer and veteran games journalist who has worked on some of the world's best-known and most influential gaming magazines and websites, most notably as Senior Executive Editor at PC Gamer and Managing Editor at IGN.com.