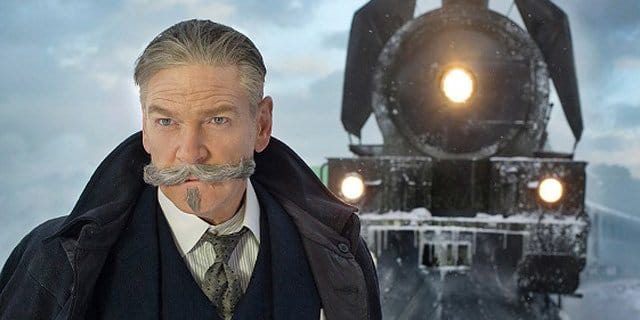 Agatha Christie’s Murder on the Orient Express is one of the most famous mystery novels of all-time. The book has been turned into a movie a few times, including a successful 1974 version that netted Ingrid Bergman a Best Supporting Actress Oscar. Now, there is a new version on the horizon, and the first trailer has dropped.

Kenneth Branagh is doing double duty on this picture, as he is both directed and starring as the famed detective Hercule Poirot. The impressive cast doesn’t end there, though. In addition to Branagh, the likes of Penelope Cruz, Willem Defoe, Johnny Depp, Judi Dench, Michelle Pfeiffer, and Daisy Ridley are in the movie, amongst others. It’s a star-studded whodunit, and this is also the rare trailer you can watch without having much of anything spoiled. Sure, you find out that a murder has occurred on the train known as the Orient Express, but that’s kind of spoiled by the very title of the movie.

While this is yet another major motion picture based on a preexisting property, at least this time it isn’t a comic book or a TV show. This seems like the “adult” blockbuster alternative, and it probably will have some Oscar hopes as well. Murder on the Orient Express hits theaters November 17.

How Much Money Do the Big Online Casinos Make?
October 18, 2020
Follow Us
Popular Posts this Week
Go to Top